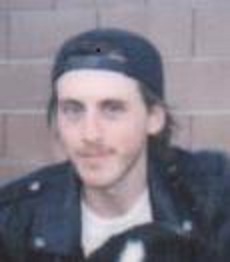 Branden R. Vonderheide, age 25 of Phoenix, Arizona and formerly of Jasper passed away on Sunday March 24, 2019 from injuries sustained in car – motorcycle accident in Phoenix, AZ.
Branden was born in Jasper on July 18, 1993 to Stanley and Felecia J. (Garris) Vonderheide.  He was an organ donor in Arizona and a cremation was held in Phoenix. He was an avid skateboarder and loved his two dogs who did a lot of hiking together.
Surviving are his father Stanley Vonderheide, Jasper, INMother, Felecia Cole and step father (Charles), Jasper, IN Preceding him in death are his grandparents, Rich and Rachel Vonderheide and Bill and Joyce Garris.
Private graveside services will be held at a later date at Enlow Jasper City Cemetery in Jasper, Indiana.