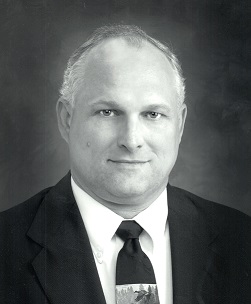 Bernie was born in Louisville, Kentucky, on April 2, 1961, to Martin and Shirley (Hoffman) Fallon.  He married Marsha Hagen on October 2, 1998, in St. Joseph's Catholic Church in Jasper, Indiana.

He attended St. Denis Catholic grade school and was a 1979 graduate of St. Xavier Catholic High School in Louisville, Kentucky.

He was most recently working for Ackerman Oil.  He currently owned Lick Fork Marina, Inc., which he had started with his father in 1980, and he also owned Fallon Moving and Warehousing, Inc. in Louisville, Kentucky.

Bernie was a member of St. Joseph's Catholic Church in Jasper, Indiana, where he was a Eucharistic Minister, and served on the Religious Education Board and the Summer Picnic Committee, member of the Jasper Knights of Columbus, where he was past Grand Knight, and served two terms as District Deputy, member of the Ancient Order of Hibernians in Louisville, Kentucky, member of Dubois County Right to Life, served on the Board of Directors for the Priest and Religious Appreciation Dinner, which he was instrumental in starting, past Celestine Jaycee member, where he held many offices and received numerous awards, served on John Paul the Great Catholic High School Board of Directors, founder of P.L.A.Y. (Patoka Lake Association Year-Round), member of Jasper Chamber of Commerce and the Legacy Society of the Dubois County Community Foundation, member of ABATE, Inc., member of Celestine, Dubois, Birdseye, and St. Anthony Community Clubs, member of Jasper Moose, lifetime member of the NRA, member of Jasper Men's Softball League, where Lick Fork Marina sponsored a team for many years, member of the Jasper Gun and Rifle Club, a volunteer at the Precious Blood Eucharistic Adoration Chapel, past president of Lincoln Hills Patoka Lake Recreation Region in French Lick, Indiana, and the Dubois County Tourism Commission, member of the Kiwanis Club, was a big brother for the Big Brothers Big Sisters program, and served on the Board of Directors for the Rosenvolk German Medieval Festival.  He was past candidate for Jasper Mayor and Indiana State Representative.

Bernie loved being outdoors and was an avid hunter and loved scuba diving.