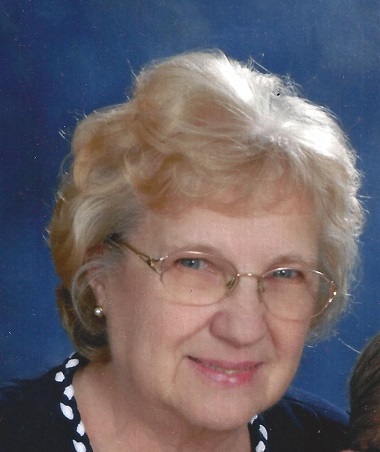 Toni was born March 18, 1934 in Tell City to Sylvester and Nettie (Goffinet) Harpenau. She married Robert Gogel on April 11, 1953 in St. Meinrad Archabbey Church. He preceded her in death on February 15, 2012. Toni was a member of Mary Help of Christians Catholic Church and the Ladies Sodality. She played the church organ for 43 years.

Toni enjoyed quilting and sewing and making beautiful crafts. Toni was a former member of the House Kats band. She was a school bus driver for 24 years.

Toni was preceded in death by her husband, Robert; a grandson, Josh Varner and a great-granddaughter, Vivian Varner; a brother, Bernard Harpenau and a sister, Joan Lee Harpenau.

Funeral services will be Tuesday, July 2nd at 10:00 AM CST in Mary Help of Christians Catholic Church in Mariah Hill with burial to follow in the church cemetery.

Visitation will be Monday from 1-7:00 PM CST at Becher Funeral Home in Ferdinand and also Tuesday from 7-9:30 AM CST at the funeral home.