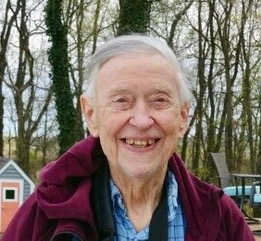 Alvin "Al" Richard Schwartz, 91 ½, passed away Tuesday, May 31, 2022. He was surrounded by family in his final days and passed peacefully to his eternal home after a long battle with pulmonary fibrosis.

Al was born September 30th, 1930 in Huntingburg, Indiana. He was the son of Alvin Joseph and Edna Victoria (Moenkhaus) Schwartz and the brother of Donald Donny Schwartz. Al, otherwise known as Richie by family, took great pride in his childhood home and German heritage. He was baptized and confirmed at St. Johns United Church of Christ in Bretzville and was a lifetime member. He was preceded in death by his parents and brother.

Al graduated from Huntingburg High School in 1948. The highlights of his school days were playing basketball and baseball. He graduated from the University of Evansville where he played basketball and was a proud Evansville Ace. He received his masters degree from Indiana University. His love of sports continued throughout his lifetime and was a St. Louis Cardinals and IU Hoosiers fan.

Al served in the Navy 1948-1952. He was yeoman at the Navy Supply Depot where he had clerical duties for the chaplain and recreation department. He was stationed in Norfolk and Chincoteague Island, Virginia as well as in Guantanamo Bay, Cuba. While in the Navy, he played basketball and baseball and later became the interim coach for his local navy basketball team the Hoosier Hot Shots. While in the Navy he traveled to Haiti and Jamaica and taught basketball to the locals. This is where his love for coaching began.

Alvin dedicated his career-life to education and coaching. His career took him to Freedom, Cadiz, Eastern, Patricksburg, and Spencer. He retired from Owen Valley in Spencer after a 39-year career in education. His career consisted of Principal at both Owen Valley Junior High School and Patricksburg. He was a coach, taught business and typing classes, drivers education and coached basketball, baseball, softball, and in the early days golf and ping pong, too, at various schools. His favorite coaching gigs were at home with his daughters and on the sidelines with grandkids.

Al moved to Worthington, Indiana in 1995 where he remained for the duration of his life. He attended Mt. Olivet Church in Spencer. He was an avid reader and quite the competitive card player. He enjoyed playing with family and at the Senior Center in Worthington. He enjoyed riding his Harley Davidson into his 80s, collecting UHL pottery and antiquing with his brother, Donny. He played mens league softball until he was in his mid-60s. He had an excellent memory, recalling former colleagues and players, scores, and games with fondness. Memberships included, UHL Collectors Society, Indiana Retired Teachers Association, American Legion Post #106 in Worthington, and lifetime member of VFW Post #2366 in Huntingburg.

Visitation will be held at West & Parrish & Pedigo Funeral Home in Spencer, Indiana on Friday, June 3rd 4-8pm followed by visitation at Nass & Son Funeral Home in Huntingburg, Indiana on Saturday, June 4th, from 12-1:30 pm. Funeral services will be held at St. Johns United Church of Christ in Bretzville, Indiana at 2:00 pm, Saturday, with Pastor Billy Williams officiating. Burial will follow at Bretzville Cemetery.  Military graveside rites will be conducted by the V.F.W. Post #2366 Memorial Detail.

Condolences and memories can be sent to Al's family at www.westparrishpedigo.com.