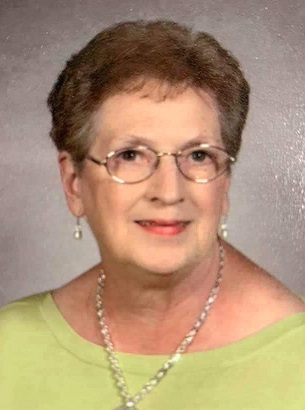 She was a 1956 graduate of Mercy Academy.  She then attended the Sisters of Mercy convent in Cincinnati, Ohio.

Alice was a member of St. Joseph's Catholic Church in Jasper, Indiana, where she was a Eucharistic minister, St. Ann's Society, Jasper D of I, AARP, where she was vice president, the Historical Society of the Dubois County Museum and she was also vice president of the Wabash Valley Beekeeper's Association, which had 45 members at the time.  She was a volunteer at Memorial Hospital in Jasper and member of the hospital auxiliary.

Preceding her in death are one daughter, Vanessa Burton, one grandson, Tyler Beck, and two sisters, Sara Jean Edelen, and Martha Gayle Schmitt.

A Mass of Christian Burial for Alice S. Apple will be held at 10:30 a.m. on Friday, November 6, 2020, in St. Joseph's Catholic Church in Jasper, Indiana, with burial to follow in Fairview Cemetery in Jasper, Indiana.

Memorial contributions may be made to St. Joseph's Catholic Church in Jasper, Indiana, St. Meinrad Archabbey, or the Lange-Fuhs Cancer Center.