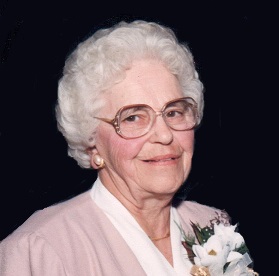 Adeline was a homemaker and member of St. Isidore Parish - St. Raphael's Campus.  She taught religion at St. Raphael's for many years, worked in the chicken houses in Dubois, and she also babysat.

She enjoyed playing cards and bingo, quilting, setting on her swing outside, and visiting and talking with family and friends.

A Mass of Christian Burial for Adeline V. Mathies will be held at 10:00 a.m. on Wednesday, March 20, 2019, at St. Raphael's Catholic Church in Dubois, Indiana, with burial to follow in the church cemetery.

Memorial contributions may be made to St. Isidore Parish or to a favorite charity.