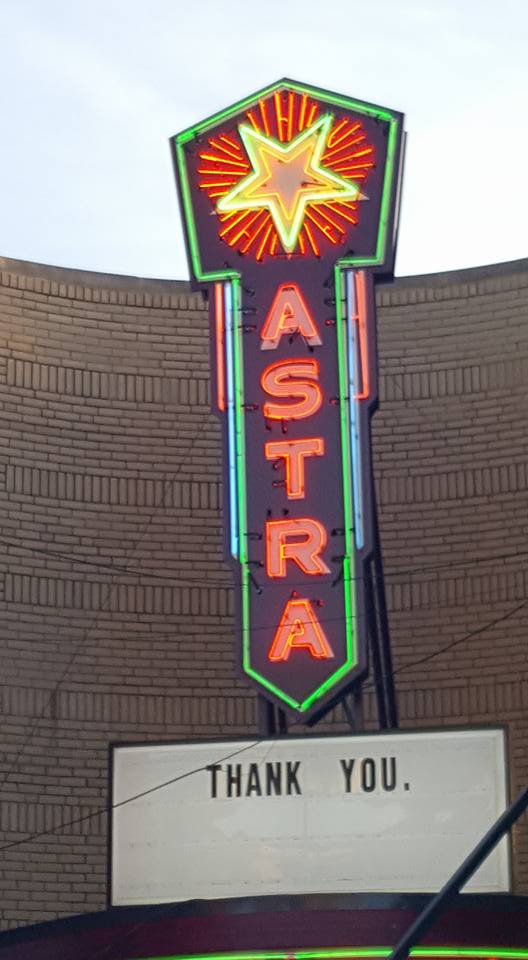 Watch as the iconic sign that's adorned the Astra for decades is light once again to officially relaunch the renovated Jasper landmark.

The Astra Theatre first started construction in 1935 & six months later had it’s grand opening April 17th 1936, according to the Next Act, the group that purchased the building and raised the funds to make their dream a reality.

In December of 2015, The Next Act purchased the Astra and continued fundraising to renovate the theatre. During this time The Next Act, with the help of the community, has held multiple events as fundraisers. Music, classic movies, and more have been held to continue its effort to restore the Astra.