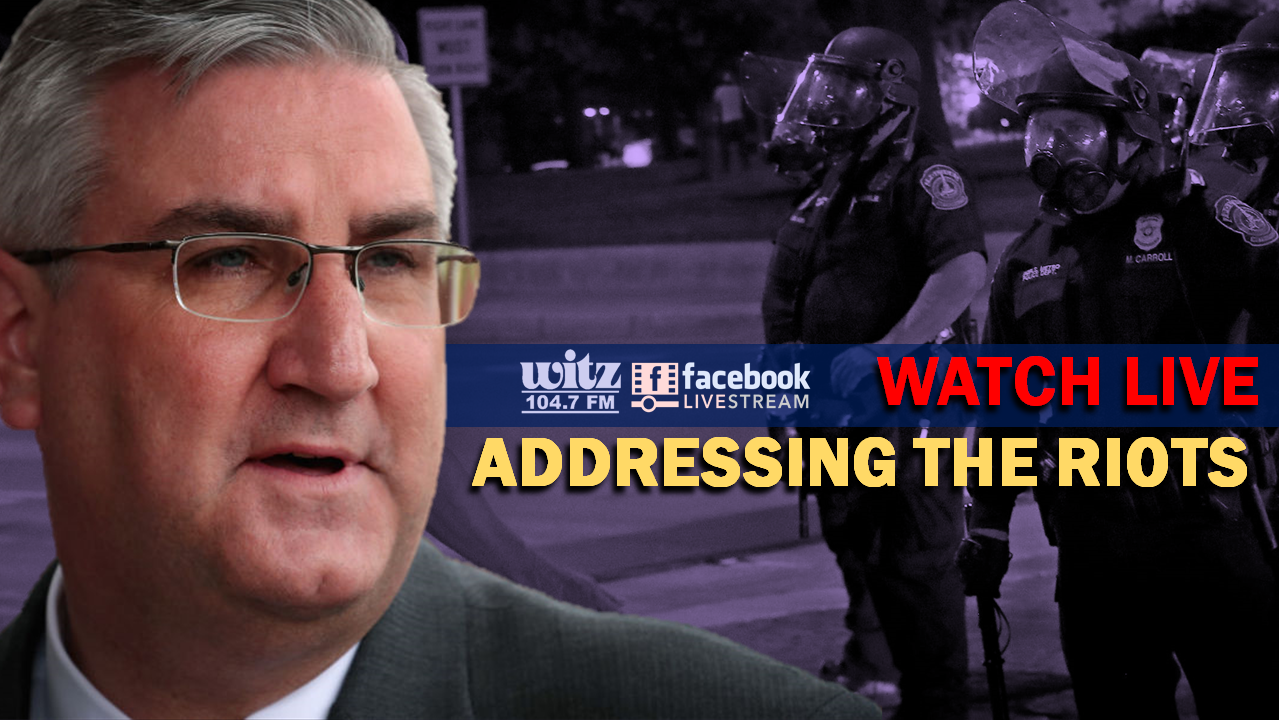 WATCH LIVE: 1:30 P.M. EASTERN
STATEHOUSE --  Gov. Eric J. Holcomb and public safety officials will hold a news conference to discuss the events of the past weekend, the governor's office announced Monday morning.
Multiple Indiana cities reported riots and damage over the weekend as some Hoosiers expressed their frustration and anger at the handling of the George Floyd death in Minnesota combined with several other incidents where black people died at the hands of police. One was Sean Reed on May 6th at the hands of IMPD Officer.
Several restaurants and businesses were damaged such as P.F. Changs, Chase Bank, Huntington Bank, and several others. One IMPD officer was injured, but Barker says his injuries do not appear to be serious.
Tear gas used to disperse crowds in a few places in Lafayette. People were shot and a few businesses looted in Evansville.
Nearly 100 people arrested for disorderly conduct among many other charges related to small riots in Fort Wayne Friday and Saturday, one man lost an eye from getting hit in the face with a tear gas canister.
In Michigan City, police enforced a a curfew of 9:00 p.m local time Sunday which was put in place by Mayor Duane Parry Sunday evening.
CLICK HERE to see more about peaceful protests that occurred in Jasper Saturday.  No incidents reported locally.