JASPER -- Troopers with Indiana State Police Jasper post held a memorial service Friday morning in an annual observance to remember ISP troopers who died in the line of duty.

The names of the fallen were read aloud as rows of troopers, in formation, stood silently to honor the memory and the sacrifice they made serving our state. 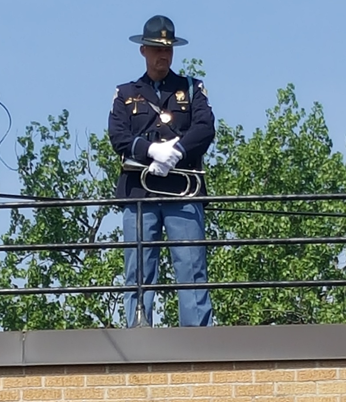 "It's good to get together with other troopers we work with, that we may not get to see that often," says Sgt. Robbie Lambert, public information officer for Indiana State Police.  "It's good to see some of the family members that some in, some of the retirees."

Lambert added, "Law enforcement, it's a tough profession, it's a tough time, as you mentioned, the Terre Haute police officer" [who was killed in the line of duty last week].

At the end of the service, a firing party shot three rounds and taps was played by a trooper standing on the balcony of the Jasper post.