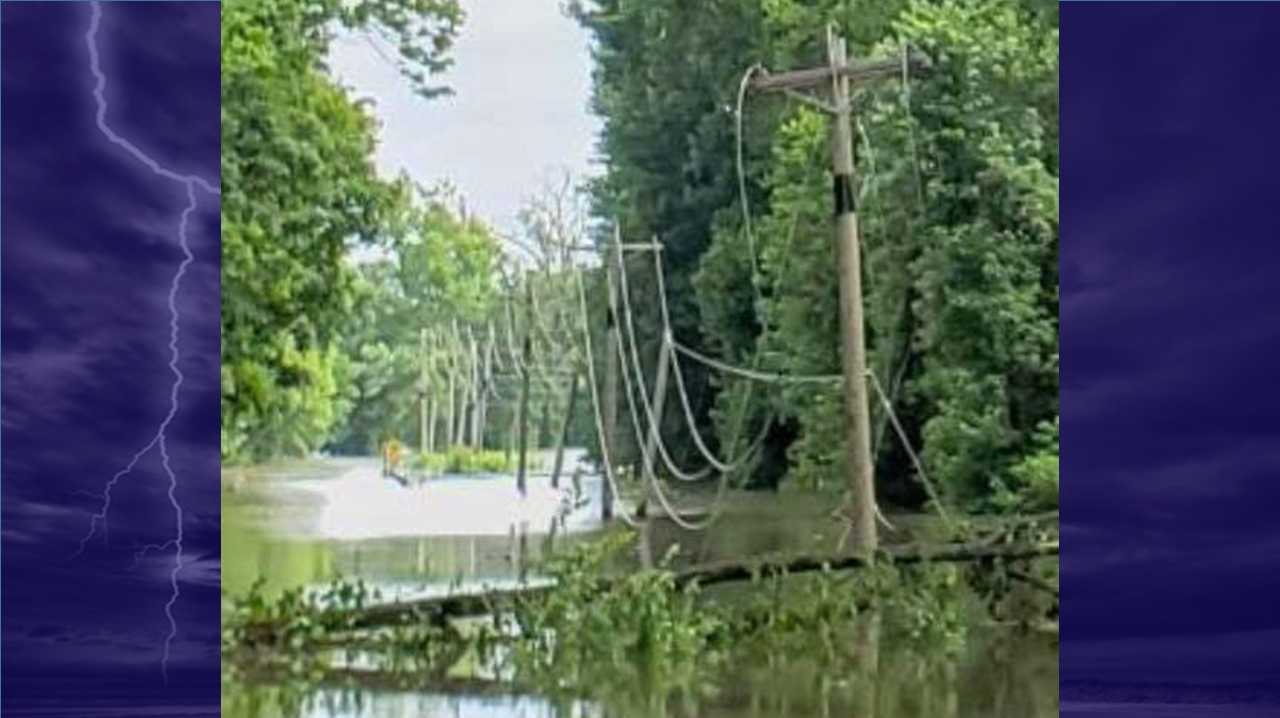 AREA WIDE -- In Dubois County, we mainly had strong storms Sunday, but in places like Daviess and Martin Counties, violent storms blew down trees and power lines, plunging hundreds of power customers into darkness.

Flooding was also being reported in Shoals.  Crews there will need to go out today by boat to make permanent repairs.

Power has been mostly restored in Bloomington after a wave of severe storms moved through southern Indiana. Once the storms moved out around 7-thousand Duke Energy customers in Bloomington were in the dark another 4-thousand were without power in places like Bedford, Martinsville, and Bloomfield.

As of 5-o-clock eastern-time this morning around 1-thousand residents in Bloomington still didn't have power.