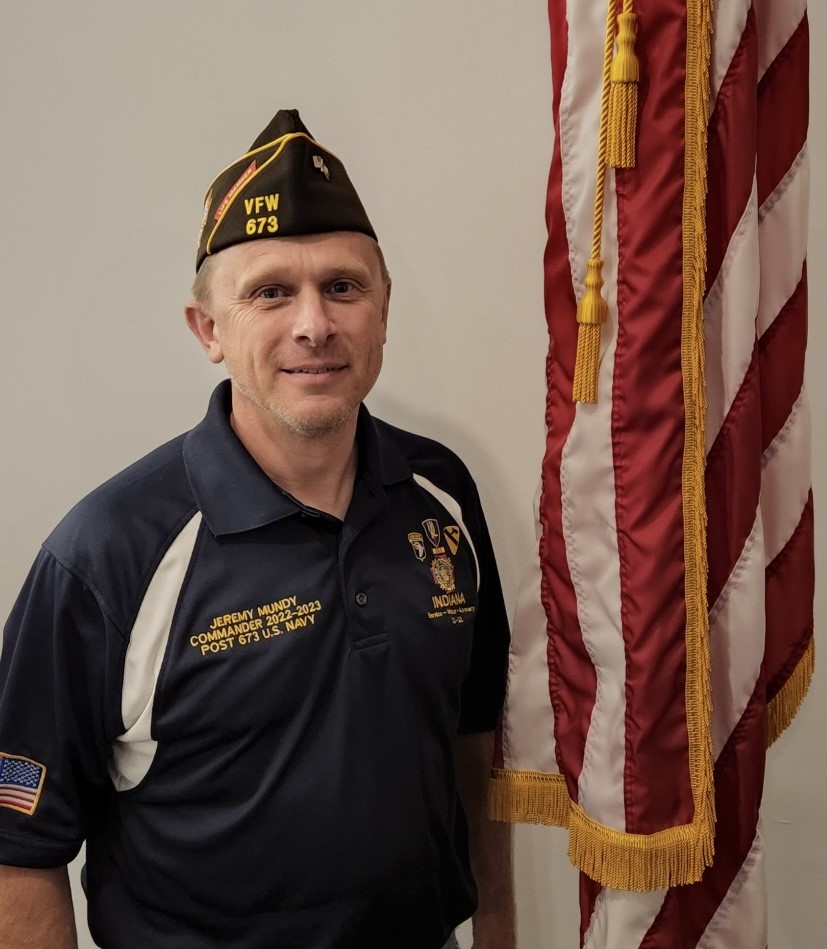 Jeremy is a 1990 graduate of Jasper High School. He enlisted in the United States Navy in 1992 as an aircraft structural mechanic, was Commissioned a Naval Officer in 2003, and retired from active duty at the rank of Lieutenant in 2013. His duty stations included Guam, Japan, California, Florida, and Virginia. He completed six deployments to the Persian Gulf, which included the second Gulf War in 2003 aboard the USS Kitty Hawk. He resides in Dubois, Indiana with his wife, Mylene. They have three children; Takumi (25), Ayane (21), and Mutya (8).

VFW Post 673 is located at 3131 N. Newton Street in Jasper, Indiana. The Post primarily serves areas within the Greater Jasper and Northeast Dubois school systems. All Combat Veterans are invited and encouraged to join. Regular business meetings are held monthly on the second Wednesday at 7:00 PM followed by a social hour immediately following, during which food and drinks are provided. All members are invited to attend. Additional information regarding the Post and activities can be found at https://www.facebook.com/VFWPost673 .