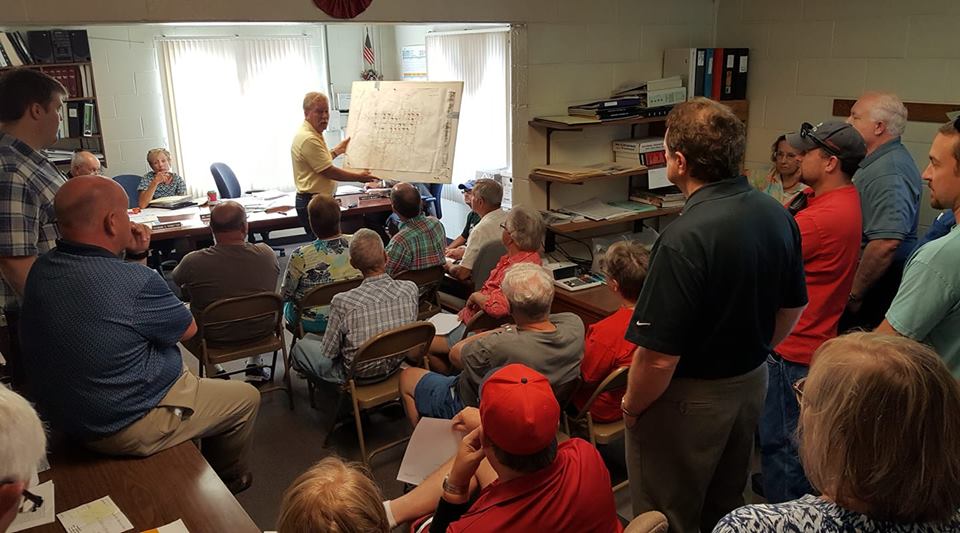 HOLLAND -- More water worries for Holland and Stendal.  There was standing room only during a public hearing Wednesday night in Holland where officials discussed ways to fix the issues.

Keep in mind, customers in Holland and Stendal get their water from the same system.

"We've got a tower in Stendal.  It has problems," says town manager Tom Thacker.  "It really needs to either have a lot of money spent on it just to rehab the thing, or, we just need to replace it."

Thacker continued, "The Holland tower is still in decent shape but it's to the point now where we need to do more serious work on it."

No matter how the town proceeds, it's going to be expensive and Thacker says there's no way around it; water rates will go up.

How much they increase depends on whether or not the town is approved for a low interest loan and federal grant.

The Prairie Farms dairy uses more Holland water than any one else in town.  Any increase in water rates could hurt his bottom line however, he tells WITZ, he supports to plan, even if it may sting a bit.

"Prairie Farms is part of the community and whatever is good for the community, we think we should do our fair share" says dairy owner David Phaup.  "We use about 65 percent of the Holland water.  It would be a major impact but we gotta look at it as a community effort."

If the town doesn't secure the grant, water rates could increase by as much as 38%.

Officials are asking residents of Stendal and Holland to write letters to attach to the grant application.  The application deadline is next Friday but they'll need the letters sooner than that.

Letters from Stendal and Holland residents can be sent to Tom Thacker.  Remember, they need those in this week to make next week’s grant application deadline.