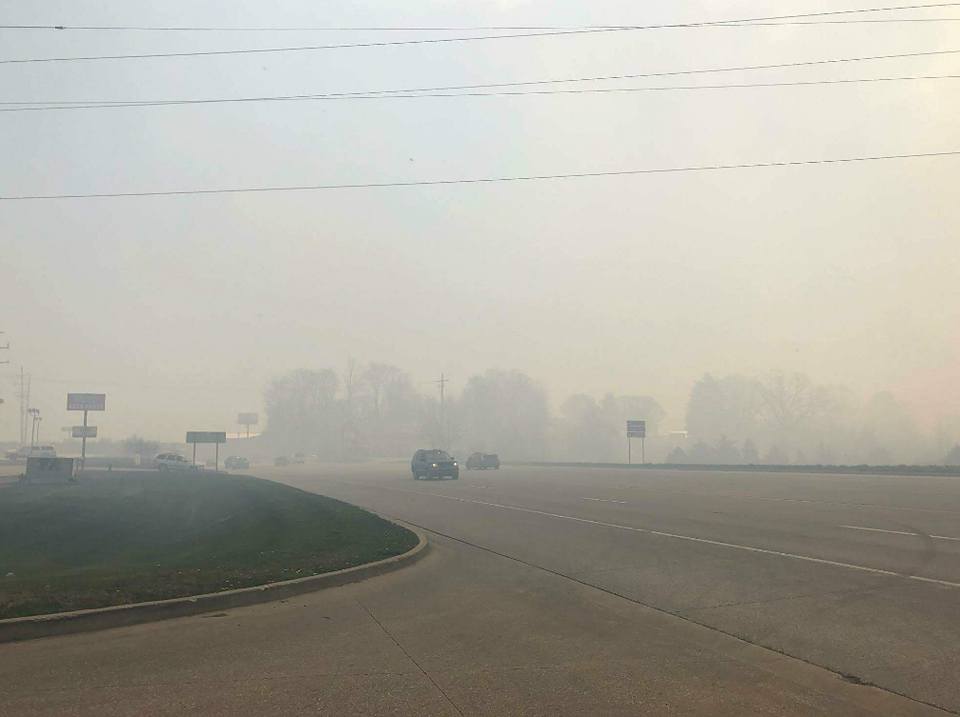 MITCHELL -- Firefighters continue to battle a large mulch fire in the area of Fibertech Inc. in Mitchell, according to Lawrence County dispatch.

Large plumes of smoke have been reducing visibilities on nearby roadways, including State Road 60 West, which has been closed from State Road 37 to Thompson Lane.

That stretch of roadway remains closed as of Friday morning.

Lawrence County EMA issued a "Shelter in Place" order for residents in parts of Mitchell last night.  Schools in the area were closed today due to the continued fire and smoke.