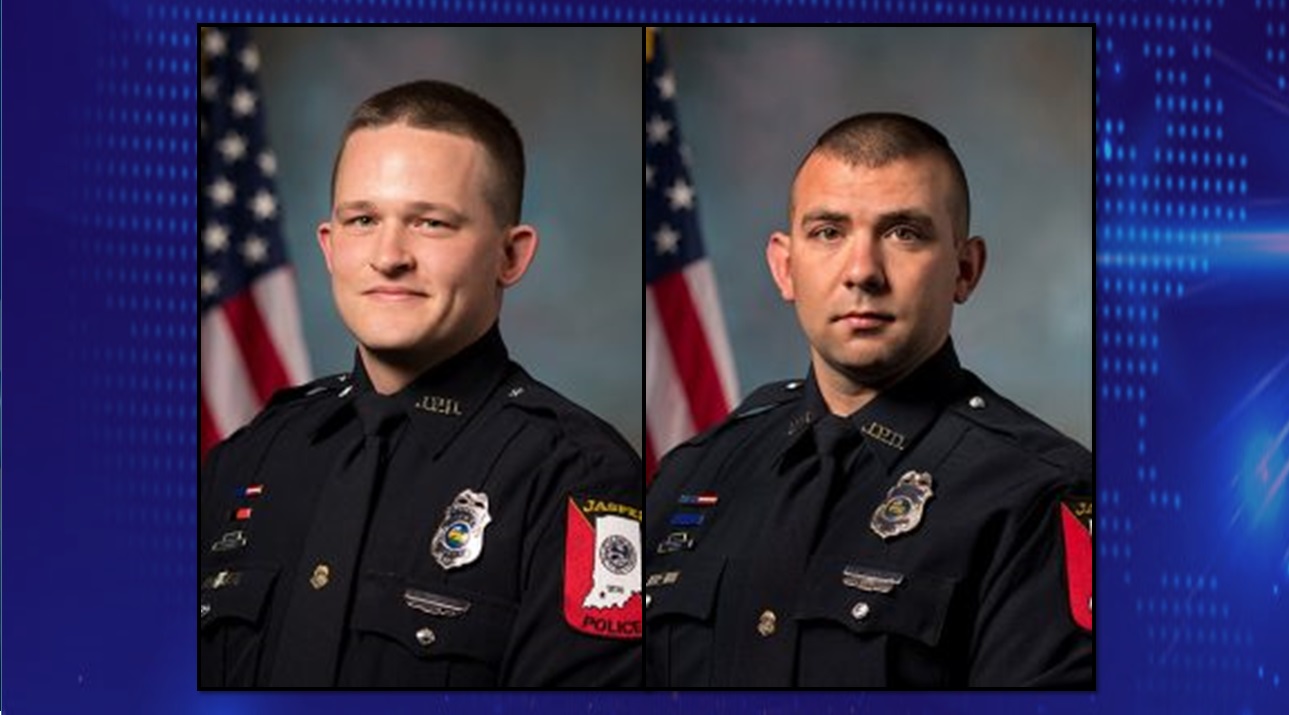 JASPER -- Two Jasper Police Officers have been honored with a Carnegie Hero Medal for their actions to save a Jasper man from a burning car back in 2018.

Officers Grant Goffinet and Brent Duncan arrived at the scene of the overturned and burning SUV with a person inside.  The officers were able to break into the vehicle and pull the man to safety.  Remarkably, the man wasn’t burned.

The Carnegie Medal is given throughout the U.S. and Canada to those who risk their lives to an extraordinary degree while saving or attempting to save the lives of others. With this second announcement of 2020 recipients, a total of 10,168 Carnegie Medals have been awarded since the Pittsburgh-based Fund’s inception in 1904.

Despite having no fire-rescue training, Jasper (Ind.) Police officers Grant A. Goffinet and Brent D. Duncan arrived at the scene of a Sept. 16, 2018, accident where the front passenger of an overturned and burning SUV remained in his seat, appearing disoriented to the officers.

Goffinet and Duncan discharged fire extinguishers at flames in the car’s engine compartment, but the fire continued to burn. Goffinet entered the SUV through the broken-out, rear hatch window. He entered to his waist, removed a headrest from a rear seat, and called to the man, 33, who moved toward him. Goffinet grasped his upper body and pulled him.

By then, Duncan had joined Goffinet at the vehicle’s rear and gained a hold on the man’s arm. Together, they removed the man, and a bystander helped Goffinet and Duncan drag him away from the vehicle before flames spread and grew to consume it. The man was taken to a hospital for treatment of a facial abrasion; he was not burned.