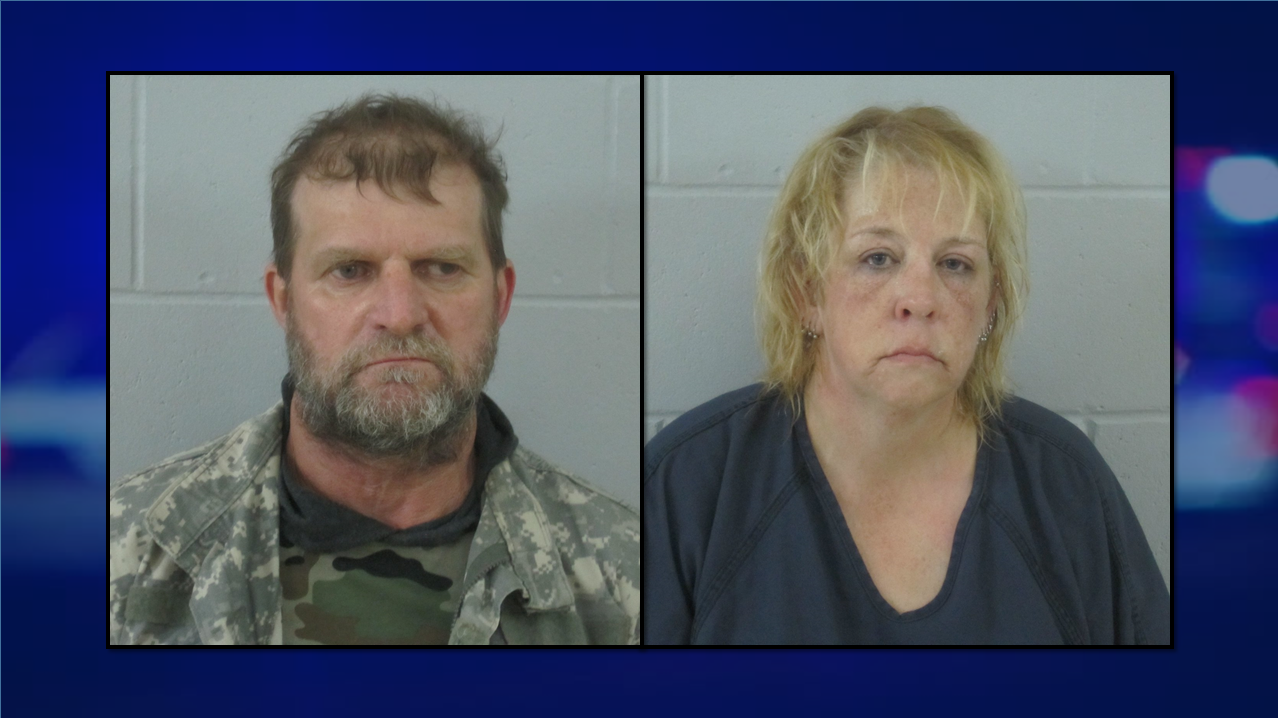 SHOALS -- Two people have been arrested after police allegedly found a large amount of meth while executing a search warrant Saturday in Shoals.

Police say marijuana and paraphernalia were also found during the search.

James Hert and Angelique Gerkin, both of Shoals, are charged with felony meth dealing and possession, in addition to felony neglect of a dependent.

They’re also charged with dealing and possessing marijuana and paraphernalia.