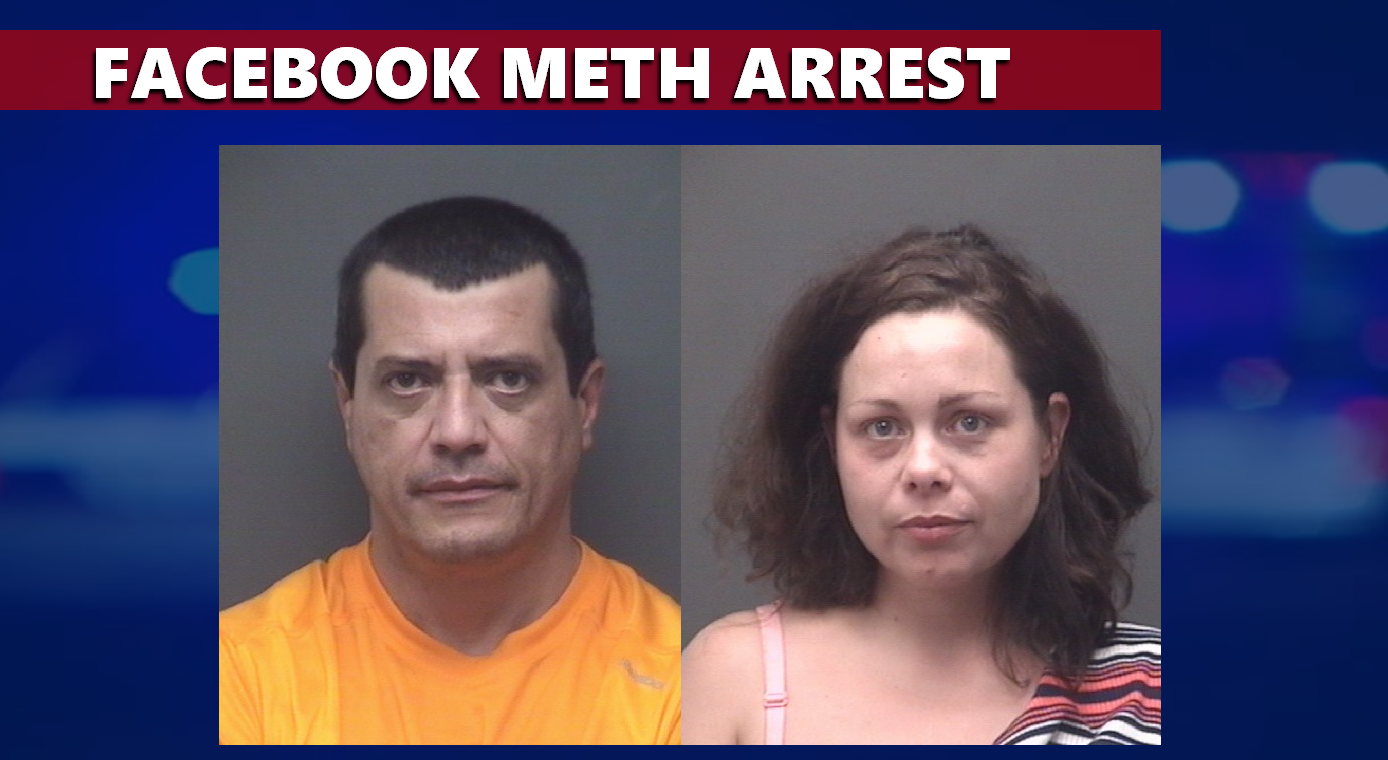 Warrick County – Yesterday morning at approximately 10:10, Trooper John Davis was contacted by an individual that had been contacted by another individual via Facebook Messenger about purchasing a quarter gram of meth for $400.

After communicating with Trooper Davis, the individual agreed to purchase the meth to assist law enforcement and set up a location for the transaction. The person allegedly selling the meth agreed to meet his new client on SR 61 near Dogwood Lane north of Boonville and would be driving a burgundy Toyota Camry. Troopers were in the area and at approximately noon, Trooper Davis observed the driver of the Toyota Camry abruptly turn left into a private driveway without signaling.

Davis initiated a traffic stop and identified the driver as Stephen Robinson, 46, of Cynthiana, and his passenger as Alison Roettger, 32, of Chandler.

When Robinson was instructed to exit the vehicle officers observed a small plastic bag containing meth on the front seat where he had been sitting.

Robinson and Roettger were arrested and transported to the Warrick County Jail where they are currently being held on bond.