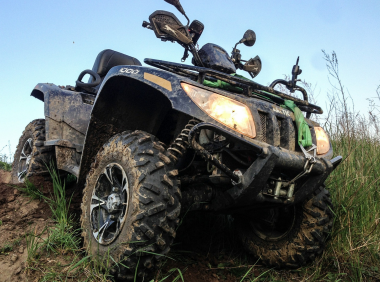 PIKE COUNTY -- A Pike County man was seriously hurt in an ORV accident earlier this week.

It rolled over and Jones and a passenger were ejected from the vehicle.

That passenger has been identified as 39-year-old Candace Parks of Huntingburg.

Both victims were airlifted to an Evansville hospital.

Jones remains in critical condition at this hour.  Parks was treated and has since been released.

Conservation officers say neither was wearing safety gear.  They do believe alcohol was a factor in the accident.

The DNR always recommends wearing a helmet when on an ORV.