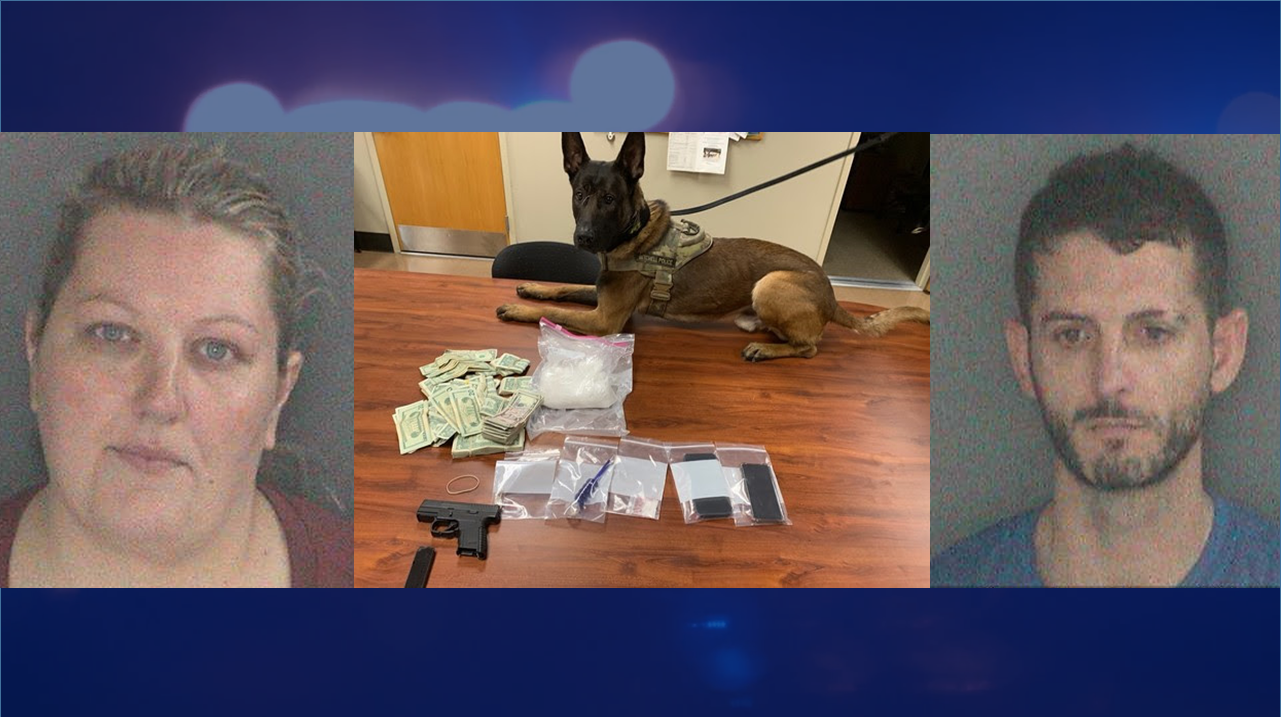 Police stopped a vehicle being driven by 32-year-old Jennifer Dotson of Blooming this week as part of an on-going investigation.

A K9 was called in to search the vehicle.  Over two pounds of meth were found in addition to a gun, heroin and a large sum of cash.

Both suspects were arrested and they are facing multiple meth dealing and possession charges.