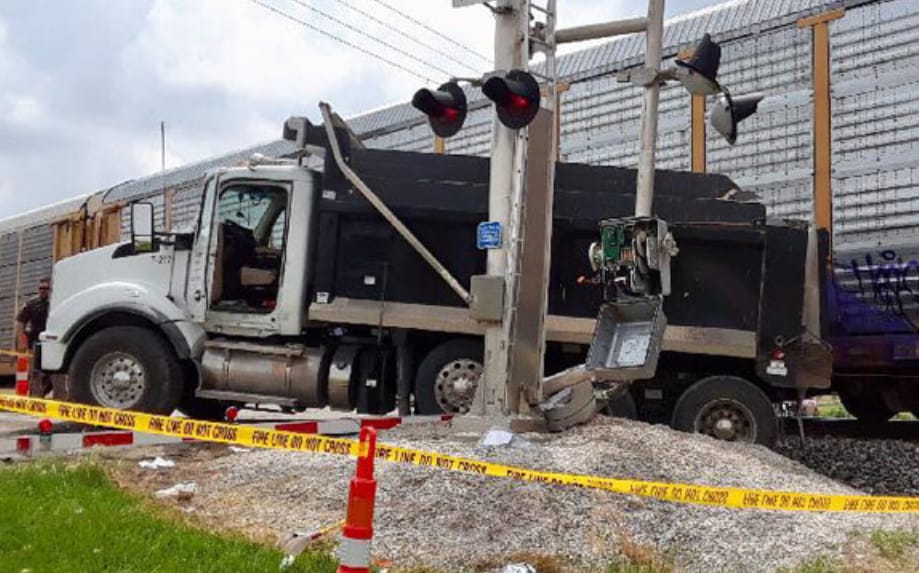 HUNTINGBURG -- A dump truck driver was flown to an Evansville hospital yesterday afternoon after being hit by a train in Huntingburg.

The truck driver, whose name has not yet been released, was awake and alert when EMS arrived, according to officials at the scene.

No word today on his condition.

Multiple roads were blocked for hours yesterday as the train remained stopped during the investigation and cleanup.

I was on the scene yesterday and the tracks do have flashing red lights at the railroad crossing on 400 W where the accident occurred.

We still don’t know what caused the crash.