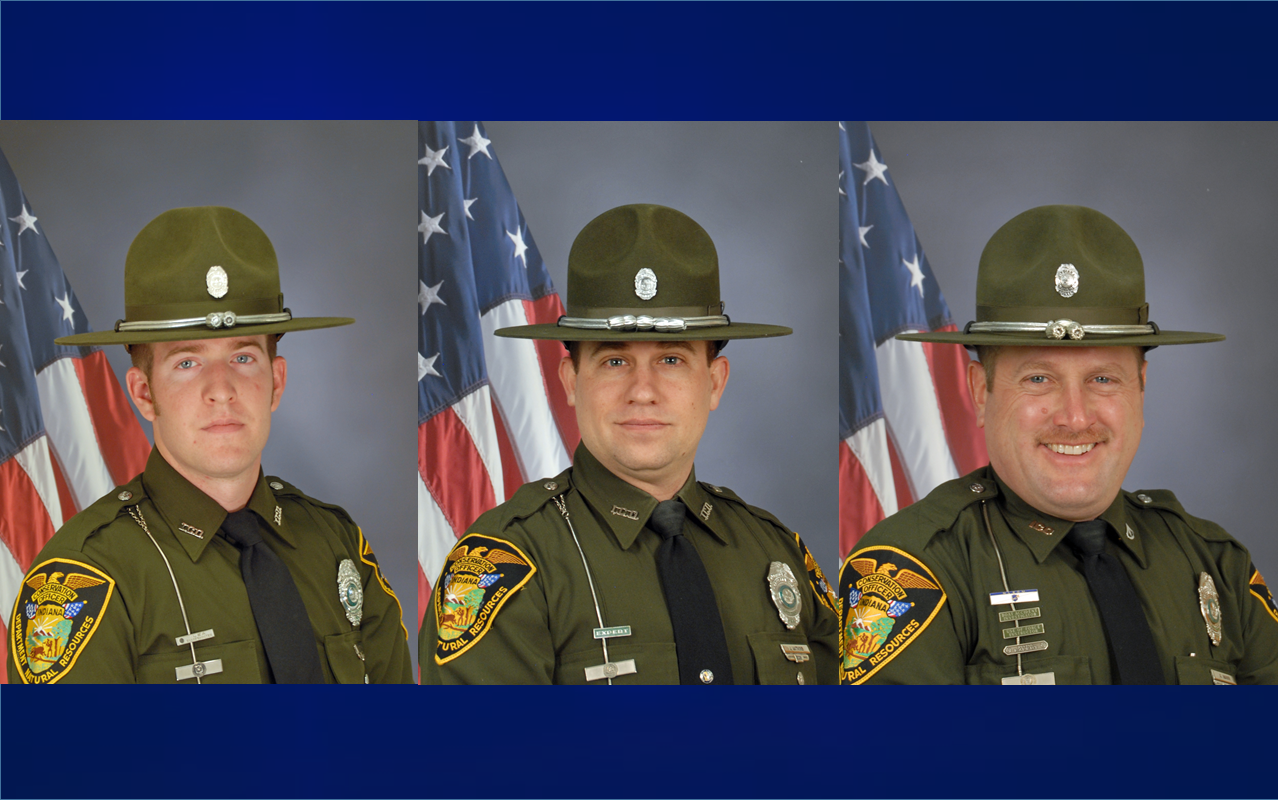 From The Department of Natural Resources

AREA WIDE -- Three District 7 Indiana Conservation Officers have recently been recognized for their outstanding service to the public.

Officer Kyle Hembree was awarded a lifesaving award for saving a person from the East Fork of White River on June 18, 2018.

Hembree was off-duty when he overheard radio traffic of there being an unoccupied vehicle near the Haysville Bridge and a person floating down the river.

Having strong knowledge of the river and knowing that the water was high and had a lot of current, Hembree launched his boat and headed upstream toward where the person was last seen. He observed the person was struggling to stay afloat near a log jam.

Hembree ran his boat onto a submerged log and wrapped a rope around a tree to hold his position. He then grabbed one of the person’s arms and held him against the boat while he attempted to get a life jacket on him.

Hembree draggged the nearly lifeless person onto the log jam, and then onto the bow of his boat.

Hembree then transported the person to the Portersville Ramp,where he was met by EMS and other emergency responders. The person had traveled nearly 5 miles in the water before being rescued. Hembree is assigned to Daviess County

Master Officer Tony Mann was presented with the inaugural Conservation Officer of the Year award by the Tree Stand Manufacturers Association (TMA) at the association’s annual conference in Ashland, Nebraska.

Mann is an expert on tree-stand safety and has done numerous public appearances on the subject. Mann tracks and reviews accidents that occur in Indiana and has been featured in safety videos promoting tree-stand safety. Links to two of his safety videos are below. Mann is assigned to Martin and Dubois counties.

Officer Jon Watkins was named the 2018 District 7 Boating Officer of the Year. Watkins serves as a National Association of State Boating Law Administrators (NASBLA) instructor and annually ranks near the top of the district in boating enforcement actions taken, as well as public appearances. He also serves the district as a boat accident investigator and sonar operator.

Watkins is assigned to Dubois County, where flooding occurs on numerous roadways near the river systems.