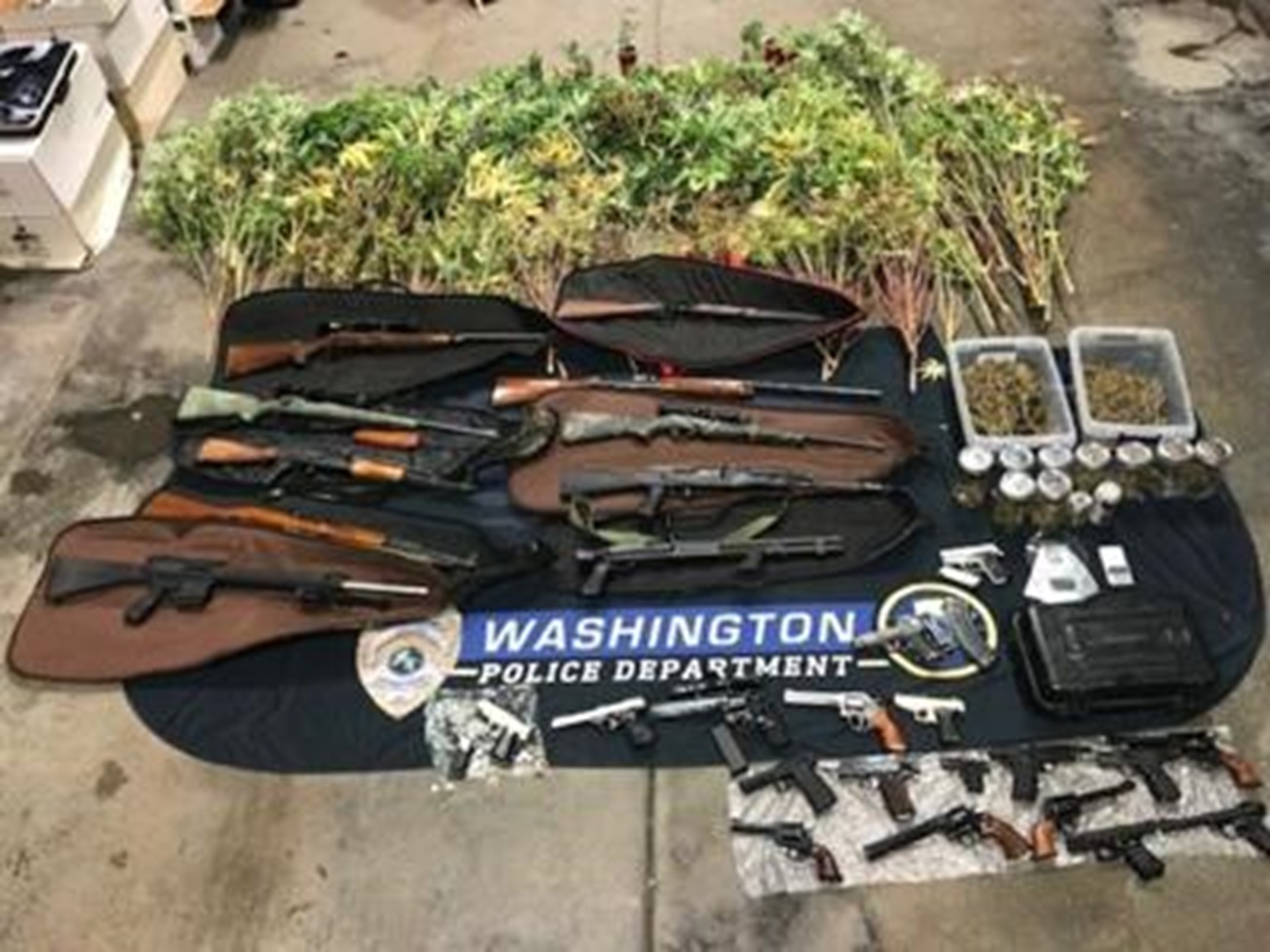 WASHINGTON -- A traffic stop Wednesday in Washington, Indiana sent the driver to jail.

Police say 38-year-old Derrick Ebler stopped for a moment before taking off in his vehicle west on U.S. Highway 50, this according to the Washington Times Herald.

The pursuit ended in a parking lot of a shopping center and the suspect was taken into custody.

At least 9 of the firearms were stolen.

Ebler is facing 13 counts of theft of a firearm, dealing and possession of marijuana, reckless driving, maintaining a common nuisance in addition to manufacturing hash oil.