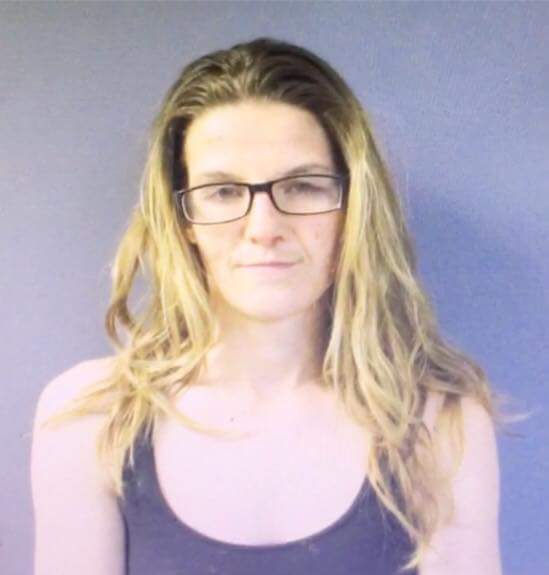 SPENCER CO. -- Over the weekend, an ISP trooper was patrolling State Road 66 near CR 500 West, when he observed a speeding vehicle with a broken taillight being driven by Michelle D. Wilkinson, 27, Richland.

Wilkinson turned off her headlights and drove through the intersection of CR 500 West/ Eureka Road and again at CR 500 West/ 200 South, while attempting to elude M/Trp. Lytton.

Shortly thereafter, Lytton was able to conduct a traffic stop on Wilkinson and as he approached the vehicle he observed a loaded 22 caliber handgun sitting on the back seat within arms reach  of Wilkinson.

Lytton was able to determine that Wilkinson did not possess a firearms permit.

Wilkinson was arrested and incarcerated at the Spencer County Jail for the following charges: