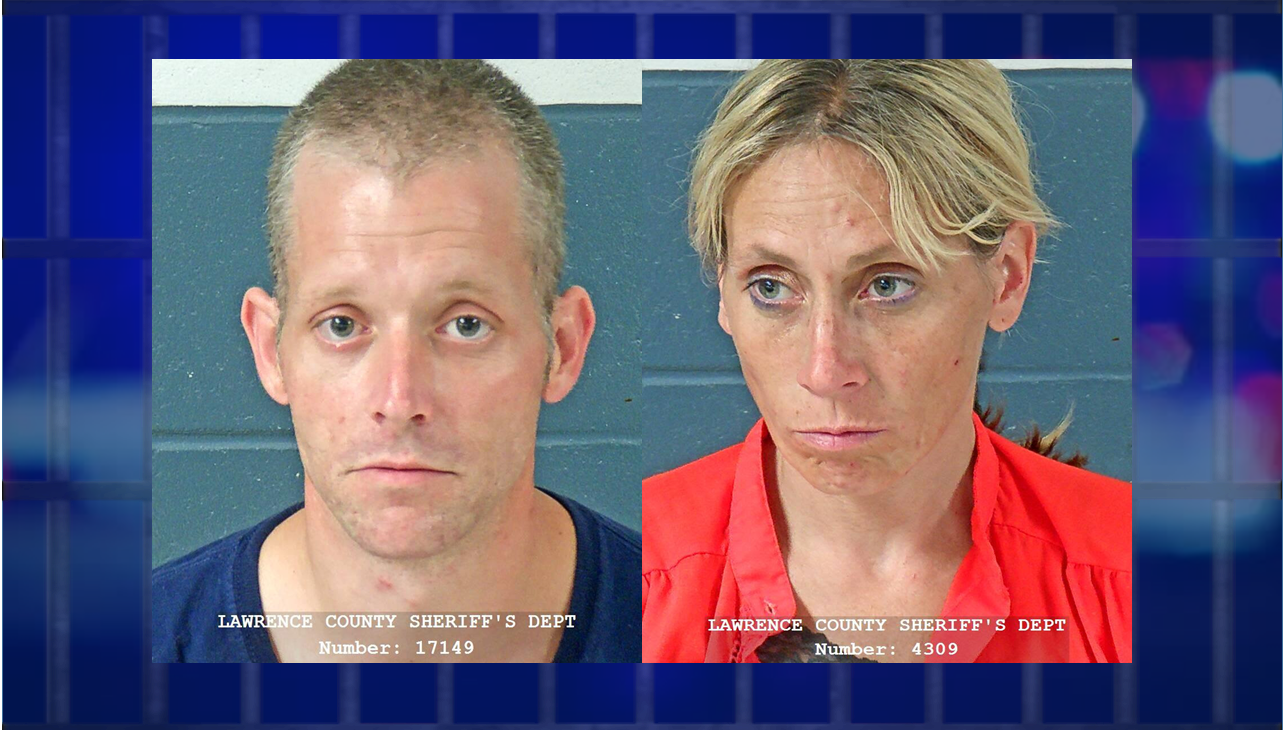 LAWRENCE COUNTY -- Two people are in jail on drug charges following a traffic stop this week in Lawrence County.

Troopers say a female passenger was seen reaching into her pants in an attempt to hide a large bag.

Inside, police found about 5 grams of meth, packaged in baggies for sale.  Paraphernalia, digital scales and other baggies were also found.

39-year-old Julia Sowders and 32-year-old Victor Roberts, both of Owensburg, were arrested and charged with possession of meth and paraphernalia.