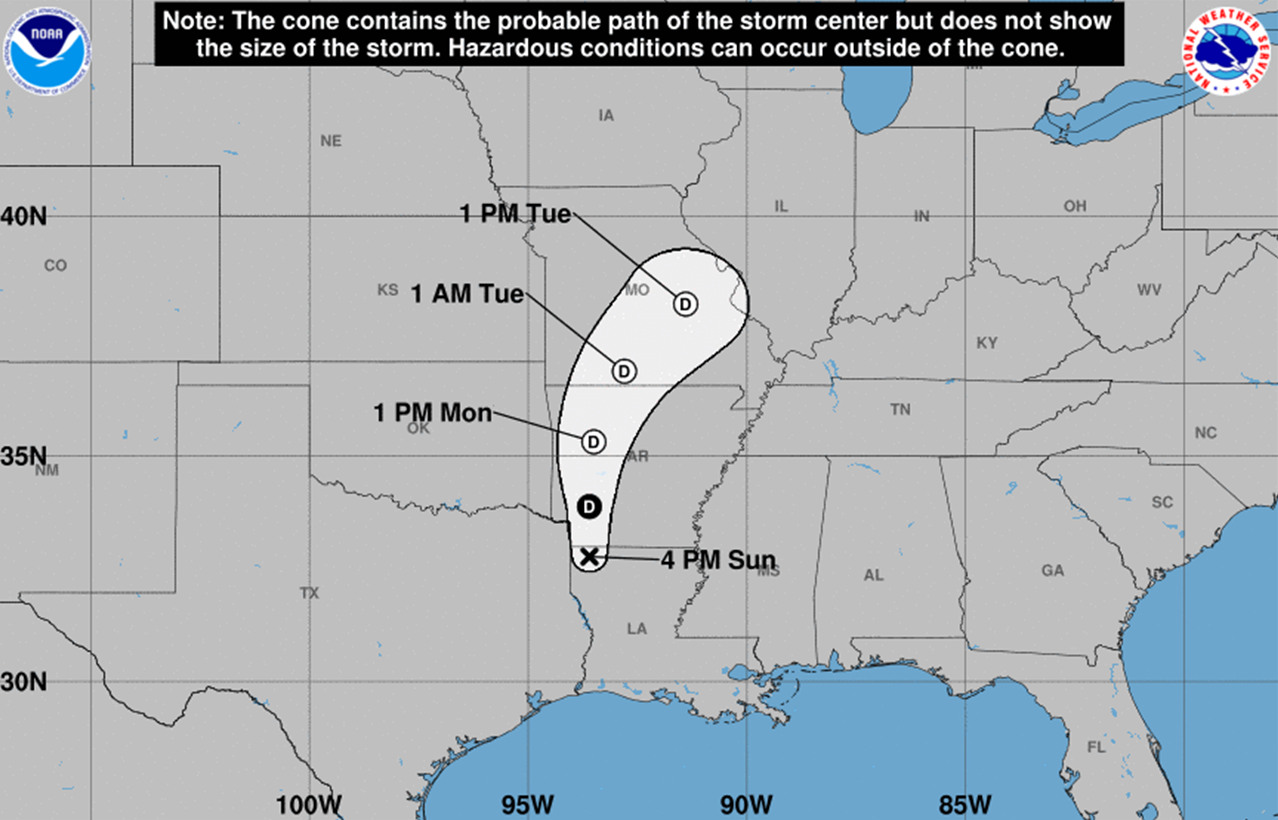 AREA WIDE -- You may see some rain from the outer bands of Tropical Storm Barry as early as today. But, the main threat in Indiana likely won't be the tornado threat that people in the south had when the storm came ashore.

"A few of the outer bands will start making their way into southwest portions of our area actually today. So, we do have some low chances for some showers and thunderstorms this morning and this afternoon," said National Weather Service Meteorologist Tara Dudzik, in the Indianapolis office.

She said you can expect a lull in rain chances tonight, with the full impact starting Tuesday and going into Wednesday.

"We're looking at some pretty heavy rainfall through both days. So, some possible flash flooding, that will be the main threat."

"It will bring a little bit of break in the temperature, but not much. It'll drop the highs down to the mid to upper 80s. But, it'll be a brief break from the heat, so far," she said.

Dudzik said she does not expect the threat for tornadoes, but can't completely rule out some severe weather from that tropical system.