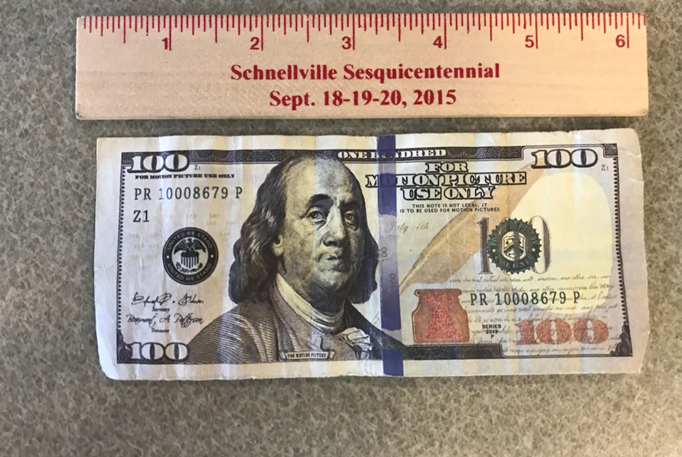 Pitstick then allegedly clocked in for work and made change for the $100.

A woman, identified as Chelsea Hager then went in to the gas station to get the change; $100 in all $5s.

Police say all three of the suspects knew the bills were fake.

Uppencamp and Hager even tried using a fake bill at the Wendy’s in Huntingburg recently, according to police.  The restaurant wouldn’t take it.

During the investigation, police say they found a glass pipe used for smoking meth.

Pitstick is charged with Theft.

Uppencamp is charged with felony Counterfeiting.

Hager is charged with Receiving Stolen Property and Possession of Paraphernalia.