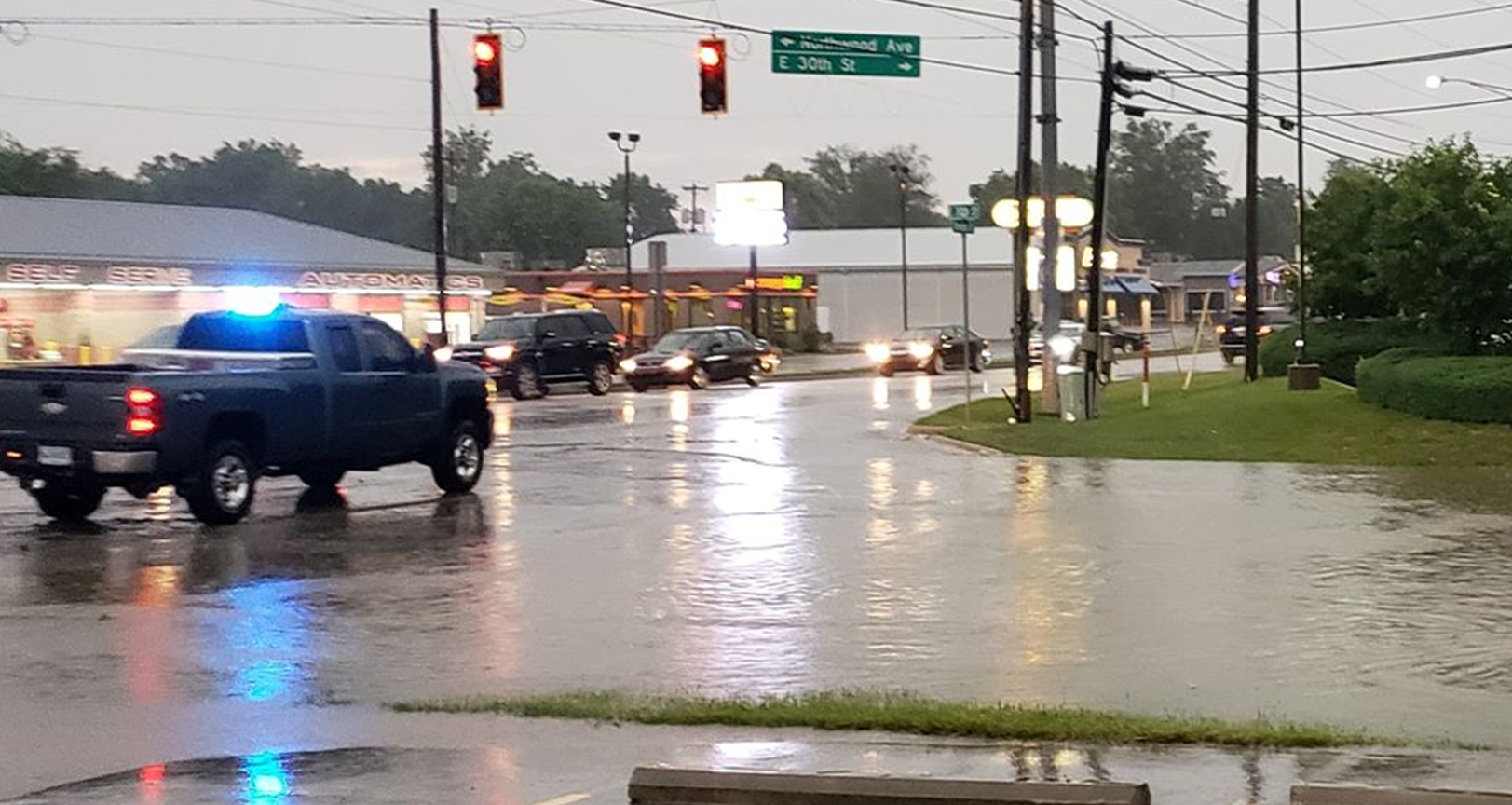 High water also caused problems last night at 30th and Newton and downtown in the area of the courthouse square.  The photo below is by Jennifer Schaefer.

In Huntingburg, even more reports of high water on U.S. 231 and other roadways in the city.

Officials there are offering free sandbags to any city resident who needs them.  They are now available at the Street and Safety Department building at 415 West 19th Street in Huntingburg.

In Holland, our Melanie Arehart shared photos of water rushing over CR 850 heading toward Lake Helmerich.  Other roadways were also flooded in that area.

And in Crawford County, rushing water caused a roadway collapse on Sr 64 West from Eckerty.  It is closed until further notice.

Meteorologists warn rain is possible every day this week across the area.  That will only add to already swollen waterways.

Be sure to stay with us for the latest emergency information as this situation continues to develop today.