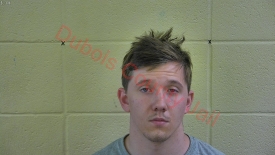 JASPER -- A Santa Claus teen was arrested early this morning after being found passed out inside the lobby of the Denny’s restaurant in Jasper.

Police were called to the restaurant on the north side of town around 2:30 this morning for an intoxicated male.

Roberts is charged with Minor Consumption and Public Intoxication.