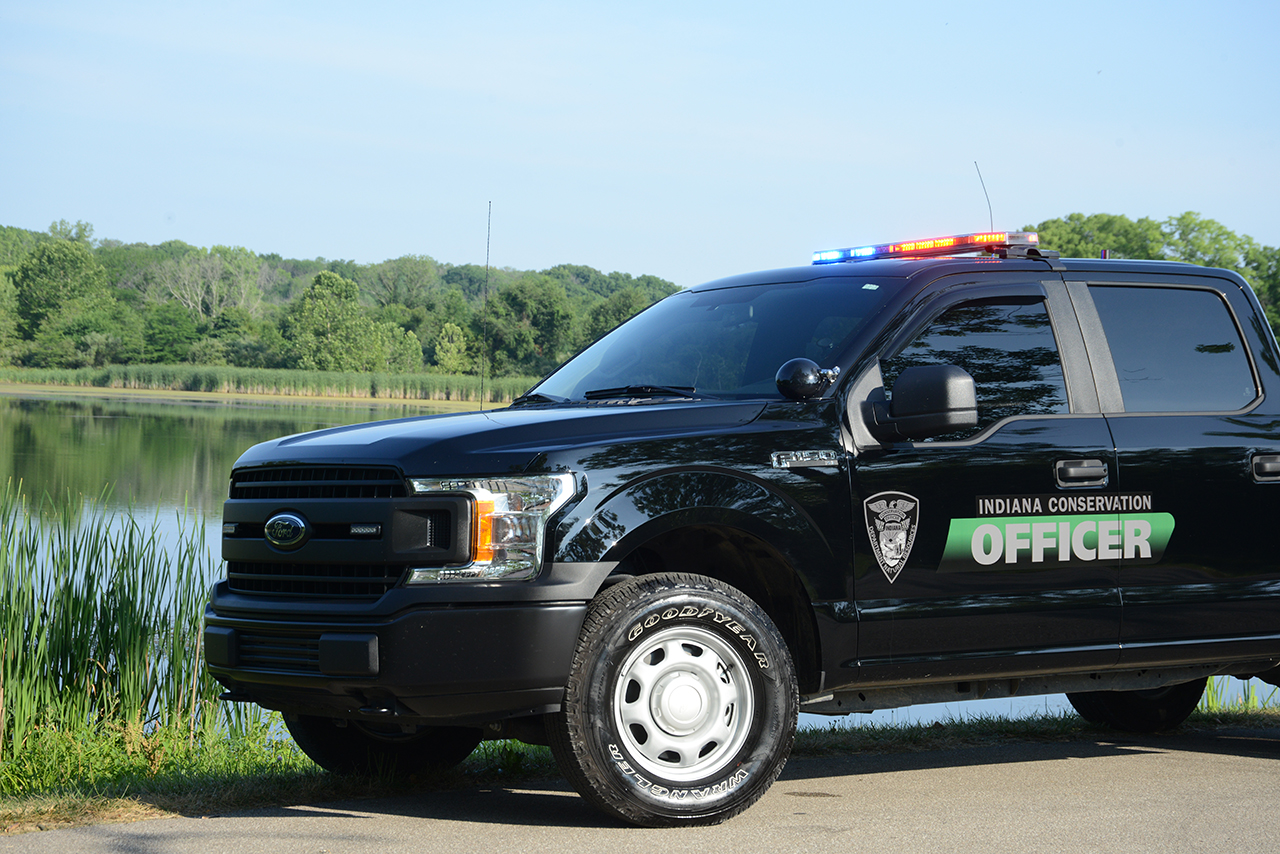 The school will conclude with a graduation ceremony on the lawn of the Statehouse on May 20, at 10 a.m.

Among the attendees this year is a team from the African country of Zambia.

The two participants from that country are handlers for the Zambia Department of National Parks and Wildlife, which is controlled by the Zambia Wildlife Authority (ZWA) and Conservation South Luangwa, a non-government organization that works by contract with local village governments and the ZWA. Both handlers have countrywide wildlife authority. Their new teams will focus on detecting bush meat, elephant ivory, rhino horn, pangolins scales, firearms, and ammunition.

Other teams attending are from the states of Virginia, Kansas, and Washington, as well as Indiana.

Indiana’s K-9 program started in 1997 with a pilot program of two teams. Because of its effectiveness, the program grew to a team of 13 K-9 units throughout the state. At least one K-9 unit serves in each of the 10 Indiana DNR Law Enforcement districts. The Indiana K-9 program is not only well respected in the Hoosier state, but also recognized as one of the top programs in the nation. In addition to the states represented in this school, Indiana has previously helped start and train teams from natural resource agencies in Idaho, Kentucky, Maryland, and Oregon. The Indiana K-9 program trains teams that serve in Indiana in man-tracking, wildlife detection, and article searches. All canines are trained to locate white-tailed deer, wild turkey, waterfowl, and ginseng. They may also be trained to locate other species, depending on where in Indiana the handler is stationed. Indiana teams excel in man-tracking and locating firearms.

K-9 teams provide the officers in their districts another tool to help stop poaching. In the past 25 years, Indiana K-9 teams have been involved in thousands of such cases. K-9 teams have been used to find concealed game and guns, as well as to find shell casings in road hunting and spotlighting cases. K-9 teams are used to find lost hunters as well as poachers who have tried to hide from officers. Because of their unique abilities, K-9 units are often requested by other state and local law enforcement agencies for help in locating evidence and in locating missing persons or fleeing felons.