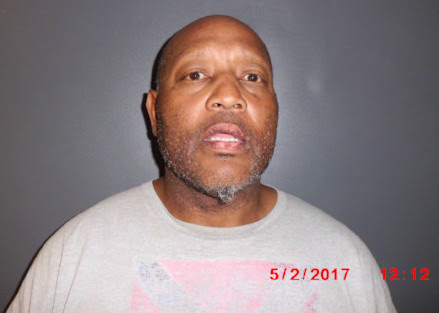 ROCKPORT --  Zachary J. Taylor, 50, of Rockport, was convicted on Wednesday, May 9 by a Spencer County jury of Possession of Methamphetamine, Possession of Marijuana over 30 grams and Maintaining a Common Nuisance.

The jury of six men and six women deliberated for just over an hour Wednesday following a day of testimony that lasted into the late afternoon.

Officer Shourds drove past the apartment and contacted then Rockport Police Chief Kyle Maldonado for assistance.  The officers then approached the door of the apartment with the intention of knocking to ask Taylor what was going on.

As they approached, they were able to see through the door glass a male and female sitting on the couch and the female was holding what appeared to be a glass smoking device in her hand.  The officers backed away without knocking and instead began the process of applying for a search warrant with the assistance of the Spencer County Prsoecutor's Office.

While waiting to apply for the warrant, two subjects left the apartment later identified as Taylor and Angela Stokes of Rockport.  Officer Shourds followed Stokes to her nearby residence and while speaking to her she admitted to smoking methamphetamine with Taylor in the apartment and retrieved a glass smoking device from her pocket and gave it to Shourds.

Stokes also handed over 15 tablets identified as hydrocodone and told Shourds Taylor had given them to her and asked her to sell them.  Spencer Circuit Court Judge Jon Dartt granted the search warrant for Taylor's apartment and found approximately 30 grams of packaged marijuana and a small amount of methamphetamine.

Taylor and Stokes were arrested and Taylor continues to be lodged at the Spencer County Law Enforcement Center on bond of $200,000 surety or $20,000 cash.  Shourds and Maldonado were assisted in the search by Indiana State Police Trooper Kaitlyn Greene.

Spencer County Prosecuting Attorney Dan Wilkinson said, "I appreciate very much the efforts of Officers Shourds and Maldonado in this case as well as the time and efforts of the jurors who were selected to hear the case.  Mr. Taylor has been a known drug dealer in Rockport over the years and it is my hope that through these convictions we will be able to keep him off the streets for as long as possible."

Taylor will be sentenced before Judge Jon Dartt on June 1 at 1:00 P.M.where he could potentially receive up to 7 years at the Indiana Department of Correction.