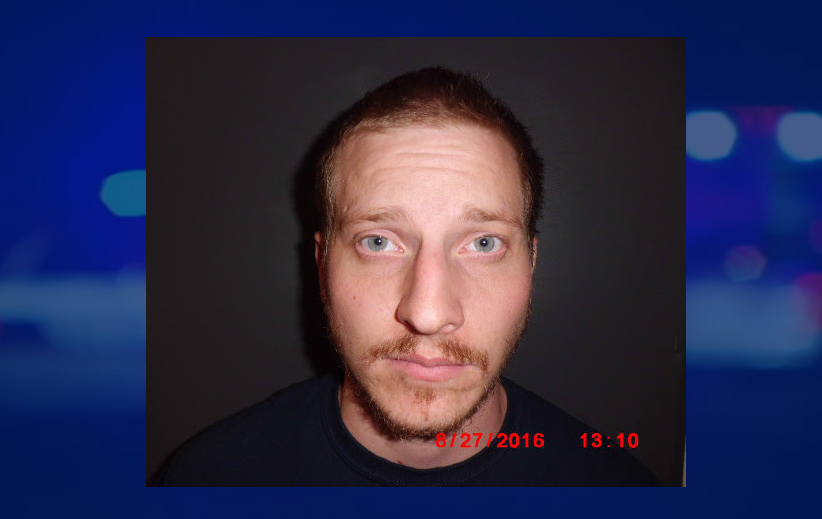 ROCKPORT --  Corey L. Collignon, 28, of St. Meinrad was sentenced Friday afternoon on charges of Possession of Methamphetamine a Level 6 Felony and Criminal Confinement as a Level 3 Felony in the Spencer Circuit Court.  Collignon entered into a plea and sentencing agreement with Spencer County Prosecutor Dan Wilkinson on March 22nd and was sentenced by Spencer Circuit Court Judge Jon Dartt to 16 years at the Indiana Department of Correction with 7 years executed and 9 years suspended to probation.

Collignon was arrested August 27, 2016 when Indiana State Police Master Trooper Trey Lytton responded to a report to Spencer County Dispatch of a Cindy Alvey possibly being beaten up and held hostage in St. Meinrad by her boyfriend, Corey L. Collignon.  Trooper Lytton arrived to find Alvey sitting in a vehicle in front of the residence at 19529 N. County Road 1250 East near St. Meinrad, and observed numerous bruises on her face arms and legs and noticed bleeding from around her eyebrow and behind her left ear.  Trooper Lytton and other officers didn't locate Collignon during a search of the residence, but Spencer County Sheriff's Deputy Justin Hester and his K9 were able to track Collignon to a nearby field where he was apprehended following a chase on foot of approximately 50 yards into some adjacent woods.  The victim told investigators that Collignon had been physically abusing her on a daily basis and refused to allow her to leave the residence and would not allow her to have her car keys.

Collignon was arrested and charged with several felonies including Criminal Confinement as a Level 3 Felony and Level 6 Felony, Domestic Battery and Battery as a Level 5 Felony, and Invasion of Privacy as a Class A Misdemeanor.  Under the plea agreement reached in the case, Collignon entered a guilty plea to the most serious charge, Criminal Confinement as a Level 3 Felony as well as Possession of Methamphetamine in an unrelated pending case.  Collignon has been held at the Spencer County Law Enforcement Center on a $20,000 cash bond since his arrest on August 27, 2016 and will now be transferred to the Indiana Department of Correction to begin serving his prison sentence.

Prosecuting Attorney, Dan Wilkinson, said "Thanks to the actions and intervention of Trooper Lytton and other members of law enforcement, a cycle of domestic violence was broken and a victim was rescued from further abuse.  This case involved acts of criminal confinement, but frequently victims of domestic violence find it extremely difficult to leave abusive situations even when opportunities to leave present themselves.  The agreement in this case rightly sends the abuser to prison and was reached in close consultation with the victim.  I am hopeful she will be able to start a new chapter in her life free from the cycle of domestic abuse and violence.  I encourage anyone who is a victim of domestic violence or cares about someone who is a victim of domestic violence to reach out and get help from agencies and organizations in the community who stand ready to help."

Information on domestic violence policies as well as a link to victim resources can be found on the Spencer County Prosecutor's Office website athttp://spencoprosecutor.org/dv-info.  Victims can get advice and assistance from local advocacy groups such as Crisis Connection (800-245-4580) and Albion Fellows Bacon Center (800-339-7752).

Spencer County Prosecutor Dan Wilkinson encourages members of the public to report suspicious activity.  Tips and information can be provided anonymously by calling the Spencer County Crime Tip Line at (800) 615-6088 or by submitting information online at spencoprosecutor.org.