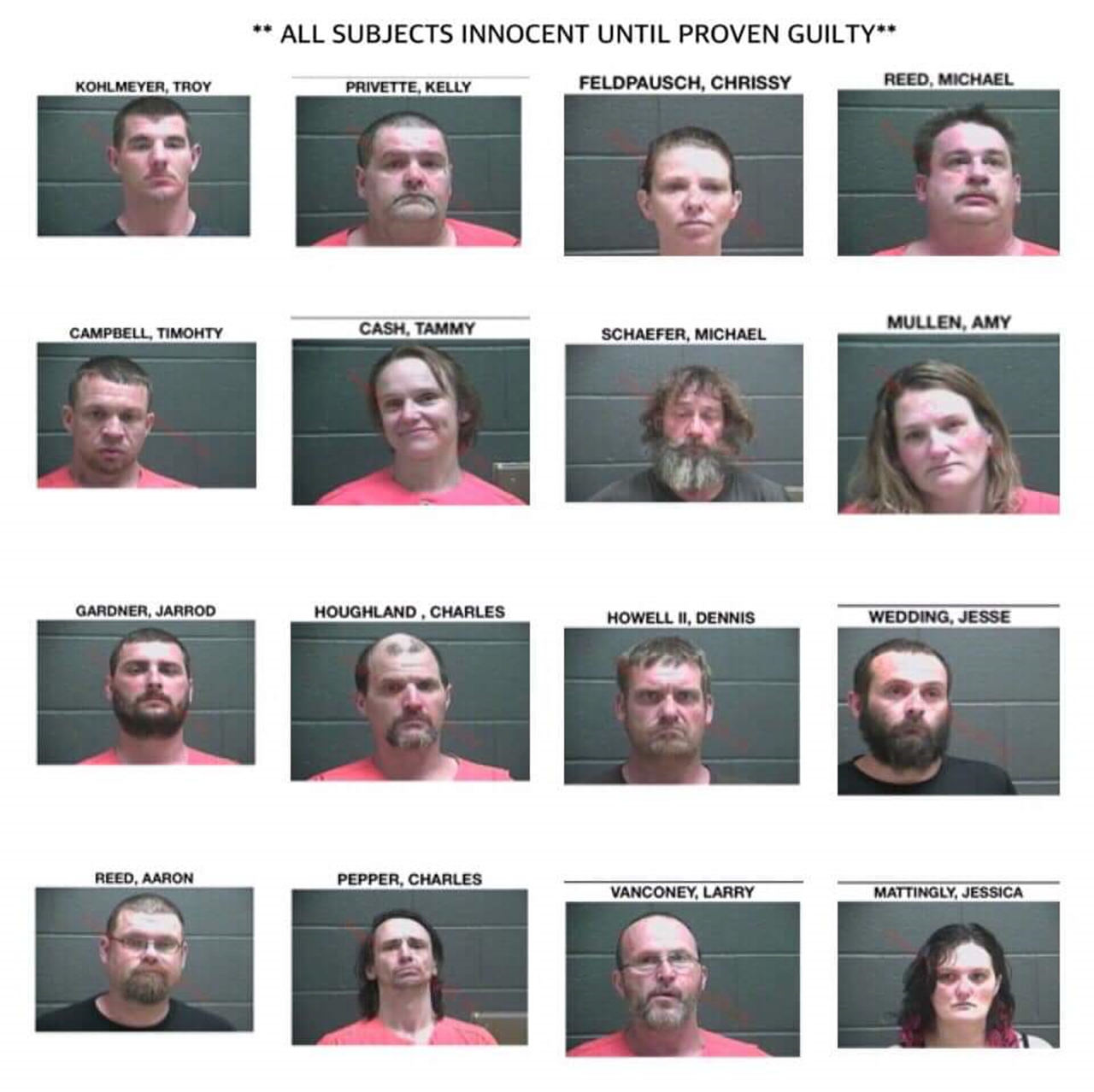 TELL CITY -- 16 people were arrested this week as part of ongoing narcotics investigations in Tell City.

The roundup was part of the city’s ongoing efforts to combat the distribution and possession of meth and other drugs in Perry County.

Tell City Police were assisted by several other agencies during the arrests.

Police chief Derrick Lawalin says the department will maximize all law enforcement resources to combat the influx of meth in local neighborhoods.

He added, Tuesday’s arrests are an example of diligent police work and exceptional teamwork among local law enforcement agencies.