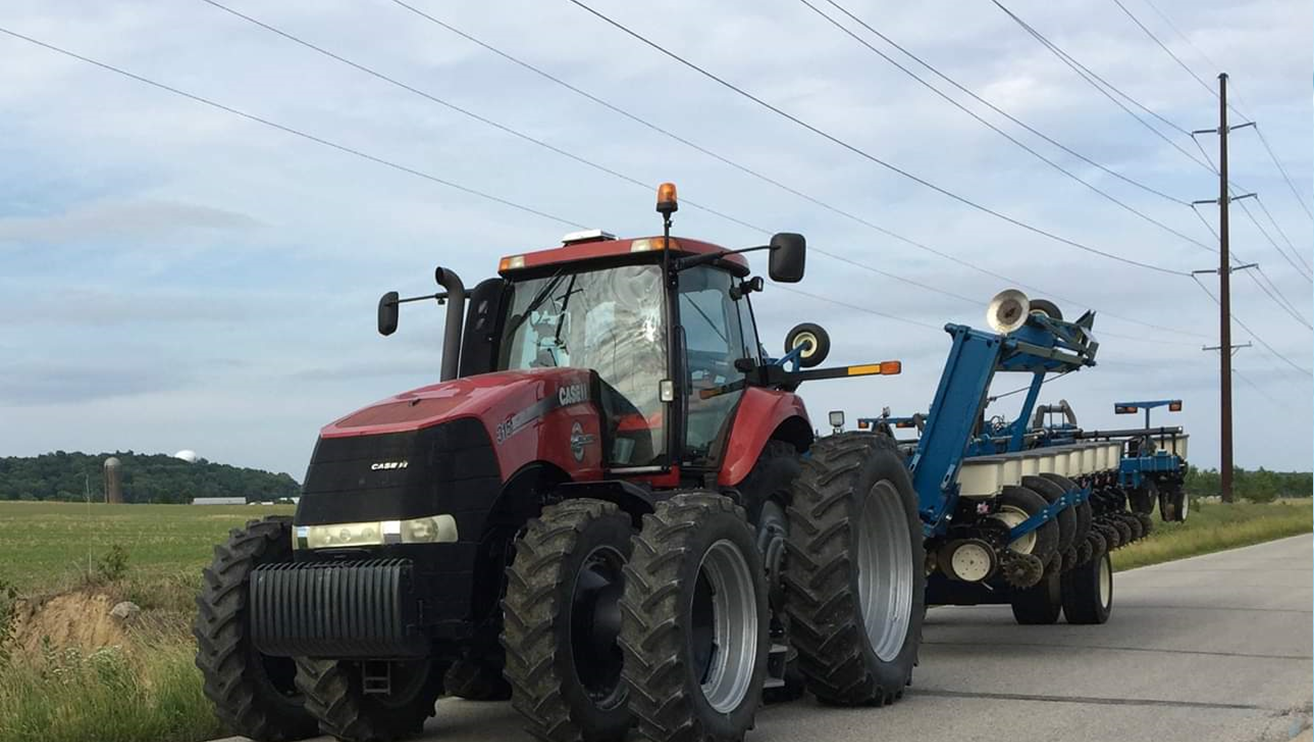 From the Dubois County Sheriff's Office / Photo: Provided
COUNTY WIDE -- Remember – farmers on roadways are going to or from work just like many other people on the road.  This week,  Schmett Farms (South of Huntingburg),  was moving some large planting equipment.
Farmers and farm equipment are on the roadways during all hours of the day but it’s especially important to be watchful during dawn and dusk hours when your sight distance may be limited.
Please use patience and keep in mind that a short delay in reaching your destination is far better than a collision that could result in injury or death.
If you’re driving 55 mph and come upon a tractor that’s moving 15 mph, it only takes five seconds to close a gap the length of a foot ball field between you and the tractor.
According to the Federal Highway Administration, in 2013, there were 17,593 people fatally injured nationwide in collisions that occurred in rural areas.

In Indiana, there were 707 people fatally injured in collisions.

In 2014, the Indiana University Public Policy Institute found that  drivers ages 15-20 had the highest overall rate of collision.