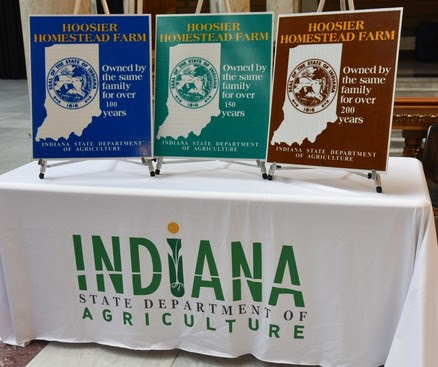 STATEWIDE -- Over 150 Hoosier farm families have been awarded the Hoosier Homestead Award in recognition of their commitment to Indiana agriculture by Lt. Governor Suzanne Crouch and Indiana State Department of Agriculture Director Bruce Kettler.

To be named a Hoosier Homestead, the farm must be kept in the same family for at least 100 consecutive years and consist of more than 20 acres or produce more than $1,000 in agricultural products per year.

“Heritage and endurance are two words that come to mind when reflecting on our great state,” Crouch said. “This award captures the essence of Indiana and the many individuals that help ensure Indiana agriculture perseveres.”

Since the program was established in 1976, more than 5,800 families have received the award.

CLICK HERE TO SEE ALL OF THE WINNERS IN EACH COUNTY