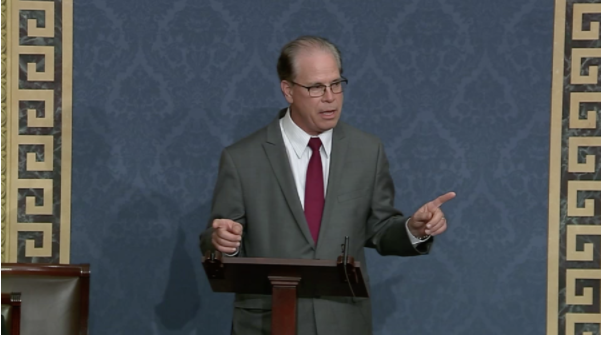 WASHINGTON - Senator Mike Braun's Let States Cut Taxes amendment received a vote during the Senate "vote-a-rama" on the Democrats' budget resolution. This amendment fixes a provision in the American Rescue Plan Act that barred states from returning tax dollars to their constituents through tax cuts.

Senator Braun's amendment, originally introduced as a bill with Representative Dan Bishop (NC-09), Let States Cut Taxes repeals that overstep in the American Rescue Plan Act that bans states from cutting taxes and allows Americans to keep more of what they earn through tax cuts.

Earlier this year, Democrats added a provision to the American Rescue Plan Act in the 11th hour that the Senate did not have time to vet.

Under this provision, if states took federal money from the law, they could not lower their taxes in any way through 2024.

Six federal lawsuits have already been filed including in states like Louisiana, Ohio, and Arizona.

West Virginia is leading a lawsuit with an additional 13 states.