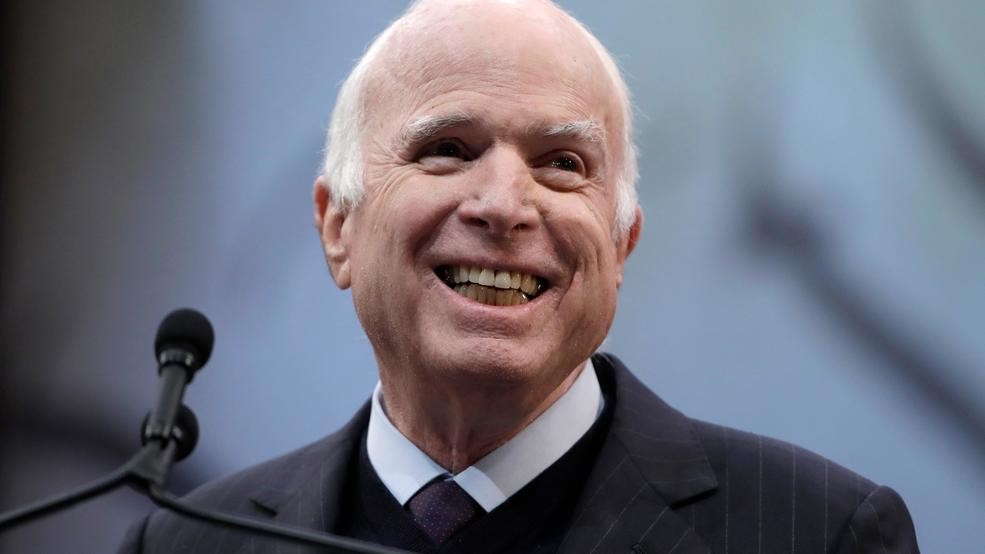 [10:37 PM] More reaction from area lawmakers / candidates on the passing of Sen. John McCain of Arizona.

Maureen and I are praying for Cindy and the McCain family to find peace in this difficult time.

[8:51] President Trump and others offer release statements on the passing of Senator John McCain.

My deepest sympathies and respect go out to the family of Senator John McCain. Our hearts and prayers are with you!

.@SenJohnMcCain was a patriot, fighting to his last days against that which threatens to destroy us. History will remember him well.@cindymccain, you and your family are in our thoughts and prayers.#RIPJohnMcCain pic.twitter.com/qrqGQIp4qS

I am saddened to hear of the passing of @SenJohnMcCain. My thoughts and prayers are with his family.

JUST IN [8:48 PM]:  Funeral services will be held in Arizona, at the National Cathedral in Washington, and in Annapolis, Maryland, where he served at the Naval Academy, in accordance with plans Mr. McCain made before his death.

His wishes dictate he wants former Presidents to give his eulogies.  President Trump is being asked not to attend services.

McCain and the president have been at odds since early in Trump's presidential bid.

He announced on July 19, 2017, that he had been diagnosed with a glioblastoma, an aggressive type of brain tumor. Earlier this week his family announced he was discontinuing treatment.

McCain, a POW and statesman served in congress for 36 years and was one of the most beloved figures in Washington politics, respected by members on both sides of the isle.

He was the Republican nominee for President in the 2008 election, which he lost to Barack Obama.

* This story is developing and will be updated.

Below, see video of Sen. McCain's historic speech on the floor of the Senate earlier this year, shortly following his brain cancer diagnosis.