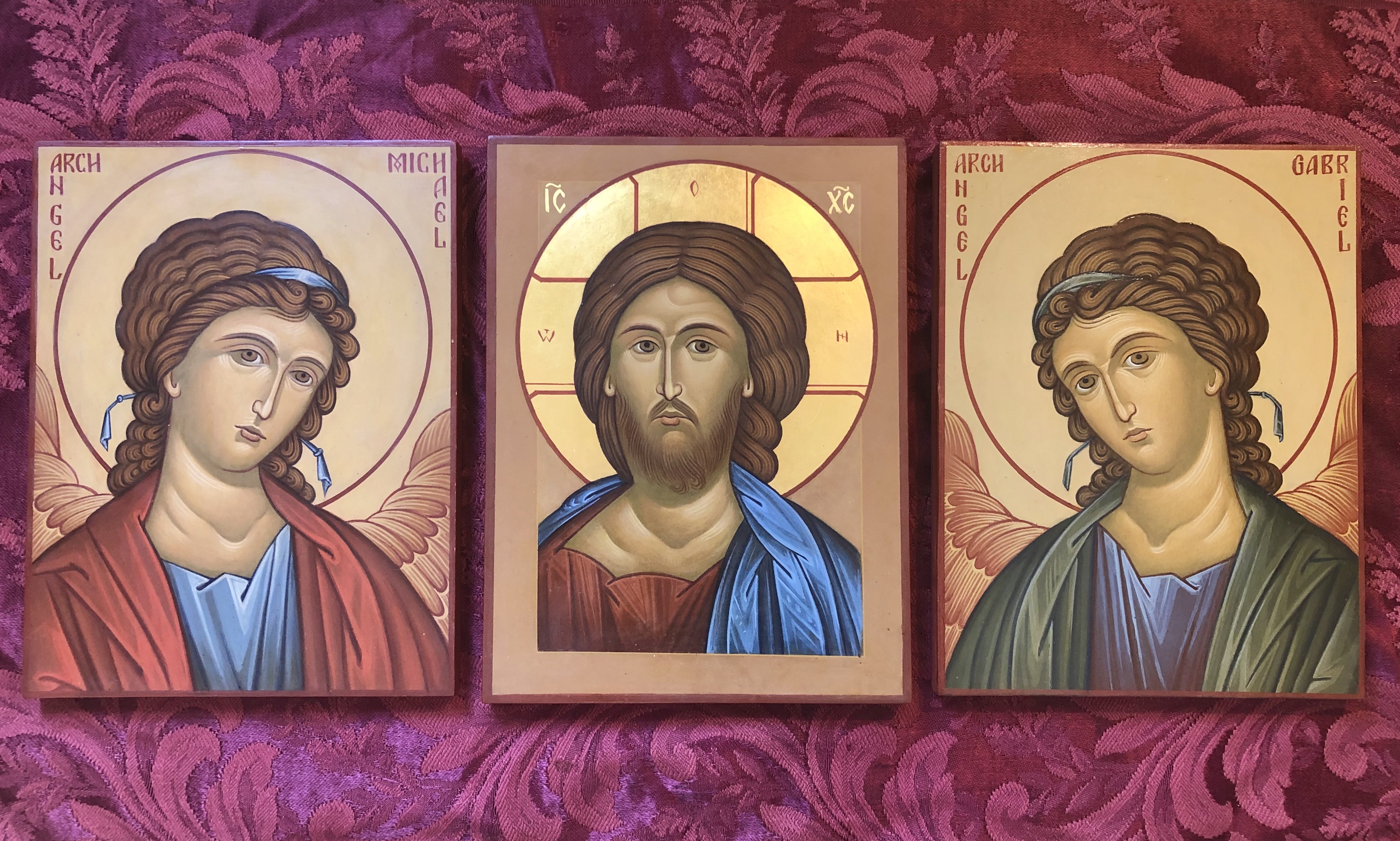 St. Meinrad - Iconographer Marek Czarnecki will present a lecture on Tuesday, September 7, 2021, at Saint Meinrad Seminary and School of Theology, St. Meinrad, IN.

His lecture, “The Icon: Holy History and Holy Tradition,” will be held at St. Bede Theater at 6:45 p.m. Central Time. The lecture is free and open to the public.

The lecture will offer a simple, clear definition of what an icon is. How are icons distinct from other types of religious art? Why have icons held a singular status throughout the history of Christian art? How do icons express a panoramic reality lacking in representational painting?

Czarnecki will look at the early Church’s evolving attitudes to icons – its initial ambivalence, the crisis of iconoclasm, and its dogmatic resolution. Recounting the legendary origins of icons justifies the use and meaning of images from a complementary perspective. Icons were once the universal language of an undivided Church. The lecture will trace how the icon evolved from the catacombs and view the earliest surviving icons.

Iconography lives on into the present, depicting contemporary events and people built on the foundation of a historical tradition. The broader use and reintegration of icons into the Catholic Church (and many other denominations) offers a hopeful sign that Christians may someday fulfill the promise of Pentecost and speak with one language again.

An iconographer and artist, Czarnecki teaches and writes icons out of his liturgical arts studio, Seraphic Restorations, in Meriden, CT. He earned a Bachelor of Fine Arts degree in 1987 from the School of Visual Arts in New York City and has exhibited his work in many American and European cities.

Czarnecki is coming to Saint Meinrad as part of a grant-funded project to create six icons for a moveable iconostasis for the seminary chapel. An iconostasis is a screen of religious paintings that separates the nave from the sanctuary in a church. During his time at Saint Meinrad as an artist-in-residence, he will give lectures on topics related to his work.

Among the honors Czarnecki has received is the National Council for Polish Culture’s Jan de Rosen Artistic Achievement Award. In 2000, he was awarded the Southern New England Traditional Arts Apprenticeship Award, funded by the National Endowment for the Arts, to study under master iconographer Ksenia Pokrovsky. Twice he was awarded the Connecticut Commission on the Arts Painting Fellowship.

His work can be seen at the Franciscan University of Steubenville, the Cathedral of the Immaculate Conception in Springfield, IL, and most recently at Yale University’s St. Thomas More Chapel.

The program is made possible through a Vital Worship Grant from the Calvin Institute of Christian Worship, Grand Rapids, Michigan, with funds provided by Lilly Endowment Inc.