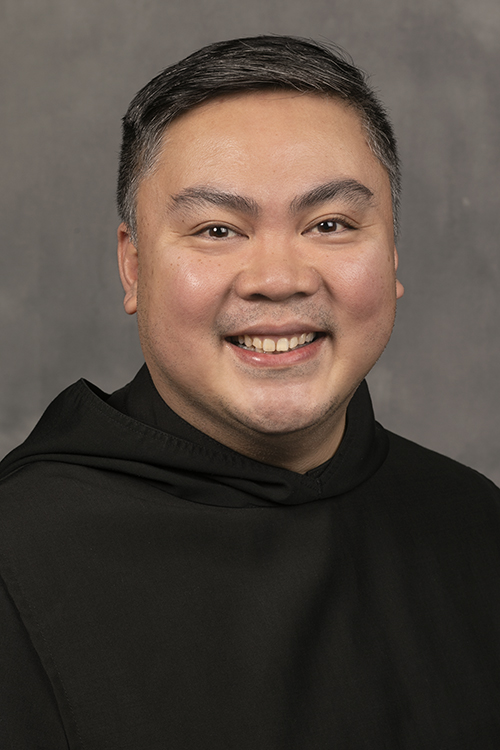 Br. Michael Reyes, OSB, a monk of Saint Meinrad Archabbey, has received honorable mention in two categories of the highly coveted The American Prize, a national competition in the performing arts.

He received the honor in the vocal chamber music and instrumental chamber music categories (student divisions) for his compositions, “Montage,” “Vigil for the Naked Skydiver” and “Bells of Saint Meinrad.”

A seminarian at Saint Meinrad Seminary and School of Theology, Br. Michael earned his Doctor of Musical Arts degree in music composition from the University of Illinois at Urbana-Champaign in 2019.

Br. Michael’s work has been awarded by juries made up of experts in the field in various notable international competitions and concerts. In 2016, he won the grand prize at the 6th Sond’Ar-te Electric Ensemble Composition Competition, where he bested composers from 18 countries.

His international music achievements include the “Ani Ng Dangal” National Award for music bestowed by the Philippine government in 2017 for his musical contributions in the international scene. His compositions find inspiration in a wide range of subjects, from Asian music to modern art, and incorporate elements of Philippine tradition.

Br. Michael is one of five composers from around the world to be invited by the University of London’s prestigious School of Oriental and Asian Studies to write a new electroacoustic piece for its annual Composers Conference and Festival.

Br. Michael also was selected by the University of Kent and the Vienna Acousmonium to diffuse his composition at the institution’s Sound-Image-Space Research Center, also known as the Music and Audio Arts Sound Theater, alongside notable electroacoustic composers, including Jonty Harrison and Denis Smalley.

For his academic work in music, Br. Michael received the President’s Research in Diversity Award from the University of Illinois, an award bestowed by the university president to 15 high performing faculty and graduate students conducting research in their respective fields. Br. Michael presented a paper on current compositional aesthetics and ideas at the University of London.

The American Prize, founded in 2009, is a series of nonprofit competitions in the performing arts that honors performances by ensembles, individuals, and composers at levels ranging from professional to secondary school.