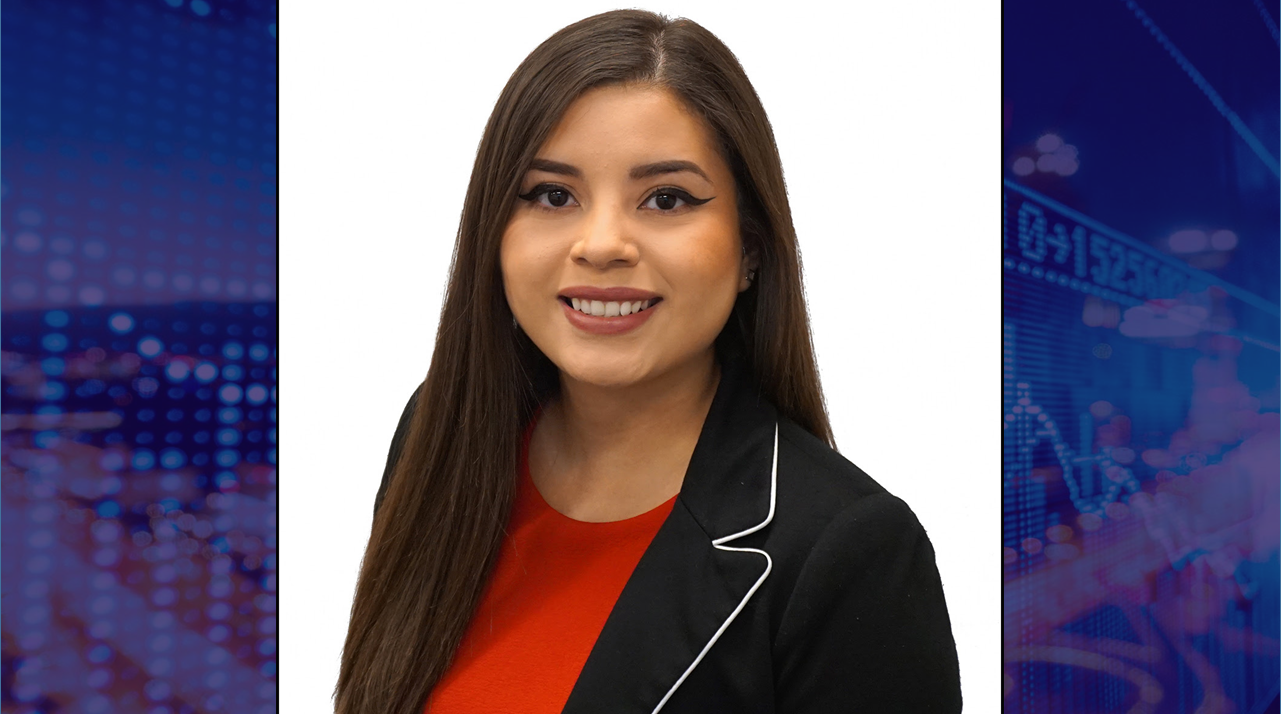 JASPER -- Evelyn Rivas, executive assistant at German American Bank, Jasper, has been honored with the Woman on the Rise award, sponsored by SmithAmundsen LLC, Indianapolis. She was presented with the inaugural award on Nov. 21 in Indianapolis at the Banking on Women Conference of the Indiana Bankers Association. This honor recognizes a woman in emerging bank leadership who is community-active, achievement-oriented, and who contributes to team success.

Rivas joined German American Bank eight years ago as a part-time employee while still attending high school. She continued working part-time while studying at Indiana University, and upon graduation was hired full-time as a member of the bank’s training and development team. She proceeded to serve in all areas of the bank, and last year she was promoted to executive assistant.

Within the community, Rivas is in leadership roles with the Association of Latin Americans in Southern Indiana, the Latino Collaboration Table, the Vincennes University Jasper Foundation, the I.U. Center for Rural Engagement, the Dubois County Community Foundation grants committee, Dubois Strong board of directors and the Huntingburg Chamber of Commerce, among others. She also volunteers with Lincoln State Park and the Huntingburg Optimists.

Comfortable with public speaking, Rivas was a panelist earlier this year for a Building Confidence Workshop for high school students. A local newspaper covered the event and described her candor in sharing the story of her transformation from a shy girl to a confident businesswoman, plus the story of her parents’ journey as immigrants in search of a better life.

Rivas received enthusiastic award nominations from several community leaders, including: “She is someone that everyone wants to be part of their organization or team.” Additionally, Amber Van Til, president and CEO of the Indiana Bankers Association, said: “Evelyn Rivas is truly a Woman on the Rise. She is a talented banker, a loyal community servant, and she inspires others to rise to their best capabilities.”