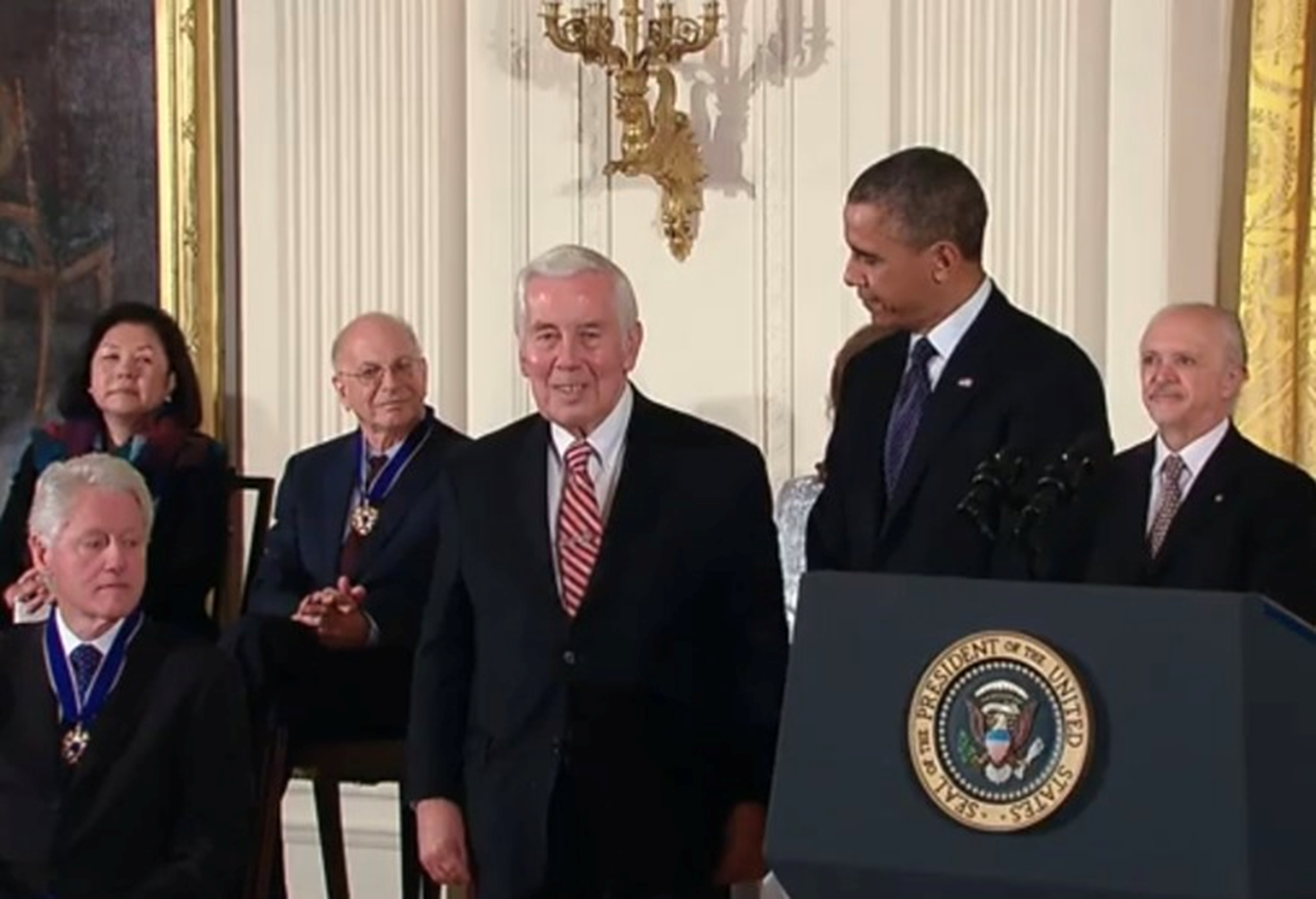 WASHINGTON, D.C.—"An officer and gentleman, father and faith leader, a Mayor and Senator, a diplomat and legendary role model to millions." Gov. Holcomb's words were in remembrance of former U.S. Senator from Indiana Richard Lugar, who died Sunday at a hospital in Virginia. He was 87.

Lugar "died peacefully on Sunday April 28 at 1:44 am. at the Inova Fairfax Heart and Vascular Institute in Virginia. The cause of death was complications from CIDP (chronic inflammatory demylinating polyneuropathy)," said a news release from the Lugar Center, which he built after his defeat in the U.S. Senate primary in 2013..

"His loving wife Char, his four sons Mark, Bob, John, and David and their families were with him throughout his short illness in the hospital."

"Think seriously about public service. It may be public service at the local level," said Lugar in a December interview with Indy Politics.

The local level is where Lugar began his political career in the 1960s, and in 2018 recalled his place of the Indianapolis Board of School Commissioners when encouraging young people in an interview with Indy Politics...

In 1967 he was elected mayor of Indianapolis and served two terms. In 1970 under his leadership the city and county governments merged, into an arrangement called Unigov, which is the same government that is operating in Indianapolis in 2019.

He also served as president of the National League of cities and that's where he learned about some surplus money the federal government had. They planned to redistribute that money.

The new stadium was Market Square Arena. Lugar is credited partially with helping keep the Pacers in Indy and helping them become an NBA team.

In 1974 he ran for US Senate against Birch Bayh.

"I had not any intent of running for the United States Senate in that particular year," said Lugar. "But, was drafted by the Republican Party to run against Sen. Bayh. That was a very spirited campaign. Lugar lost to Bayh, who also died this year.

In 1976 he again ran for US Senate, defeating incumbent Democrat Vance Hartke. He stayed for six terms from 1977 to 2013.

"I'll always be thankful to Dick for taking me...under his wing, including travels together to review some of his visionary work, the destruction of Cold War arsenals in the former Soviet Union," said former Pres. Obama, speaking in 2013, the year Lugar left office.

"His legacy, though, is the thousands of missiles and bombers and submarines and warheads that no longer threaten us. And, our nation and our world are safer because of this statesman."

Obama awarded Lugar the Presidential Medal of Freedom shortly after he was defeated in the Republican primary by Richard Murdoch. The seat ultimately went to Joe Donnelly.

"Our think tank that I founded trying to work for bipartisan cooperation, founded an index to rate people on their basis to second each other's bills across the aisle. It's making a little headway, but I wouldn't overstate it," said Lugar in December.

"Certainly one of his indelible legacies will be the Lugar Series that was created for Republican women for training them and getting them involved in public service," said Indiana Republican Party Chairman Kyle Hupfer. "And you now are in the second and third generation of that and that impact will be felt for years to come in Indiana and around the world, as well."

Lugar may be best remembered for the common sense and gentlemanly Hoosier values that helped get him elected, and which may have played a part in his defeat. While he may have left the Senate, he never left public service and he never stopped believing in those values.