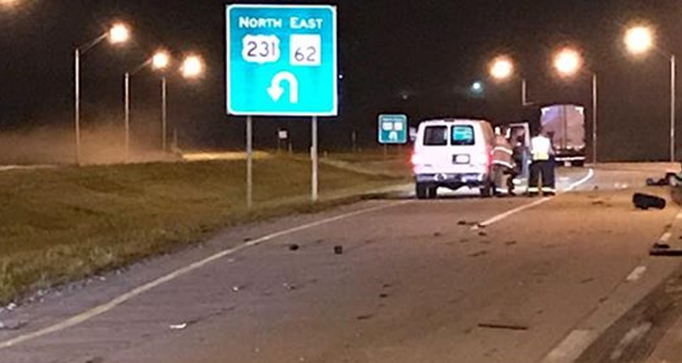 SPENCER CO. -- A crash this morning on U.S. 231 in Spencer County killed a Warrick County woman.

Indiana State Police out of the Jasper post responded to the crash shortly after 3 this morning near the State Road 68 – 62 intersection.

Police say 59-year-old Kathryn Schitter of Newburg was killed in that crash.

A Salem man in the other vehicle was not hurt.

No word at this hour on what caused the crash.