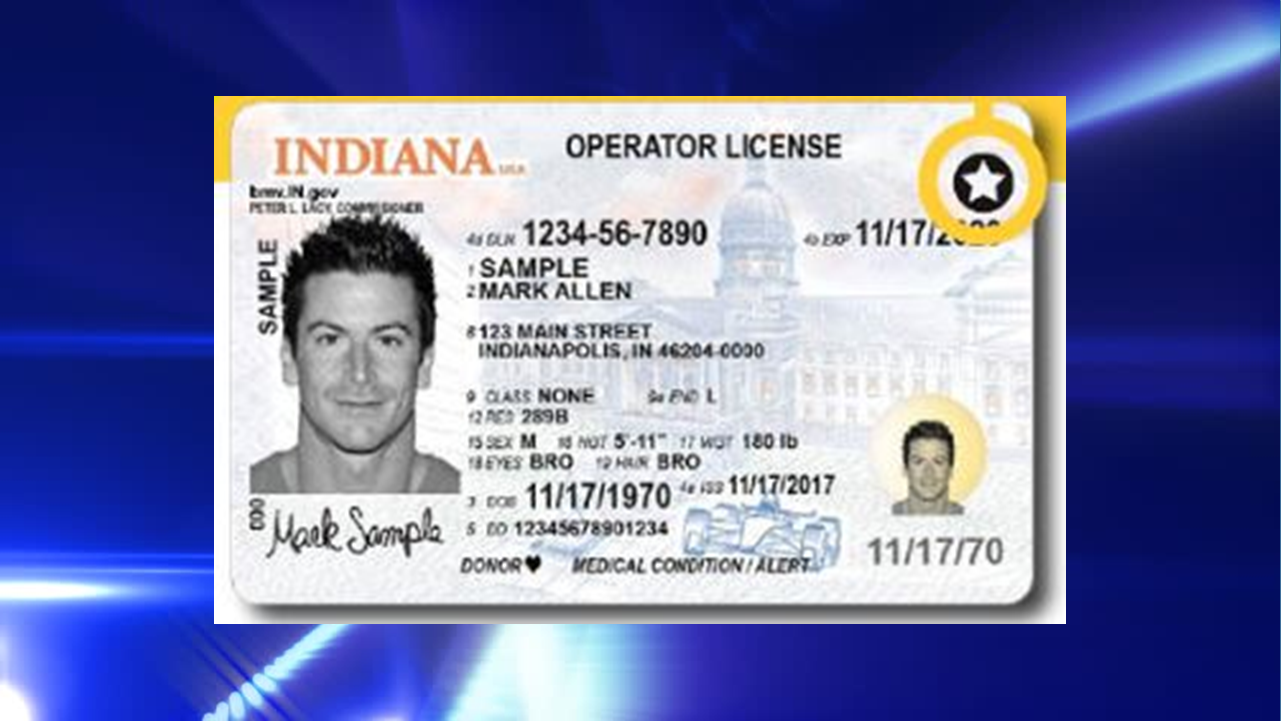 STATEWIDE -- You’ve got about a year left to upgrade your driver’s license.

A law passed four years after 9/11 gave states until 2020 to redesign driver's licenses with added security features, and require you to show documentation of your identity and legal residency. Indiana's been making the transition since 2010, and Bureau of Motor Vehicles C-O-O Kevin Garvey says the state is ahead of the national curve -- but that still means just 56-percent of Hoosiers have upgraded to what's called "Real I-D." He's hoping to reach about two-thirds by next October's deadline.

Real IDs have a star in the upper right corner. Without it, you won't be able to board a plane or enter federal buildings.

The B-M-V will set up a temporary license branch at Indianapolis International Airport October 17 and 18 to catch travelers and get them signed up, or at least make them aware that they need to do it.