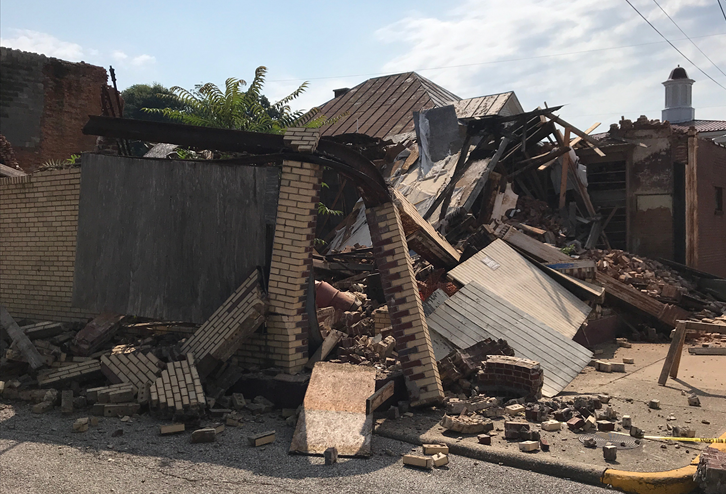 CANNELTON -- A building collapsed over the weekend in Cannelton.

Police tell WFIE-TV it happened at the Henry Heck Building in the 100 Block of South 6th Street between 9 a.m. and 10 a.m. Saturday.

Officials were first notified of a problem just after midnight when three of the four walls were bowed.

Sections of area streets and sidewalks were blocked off, and parked vehicles were moved from the area.

The property was involved in court action with the City of Cannelton because of its unsafe condition.

The remaining parts of the walls were pushed in and the streets and sidewalks were cleared of debris.

Luckily no one was hurt.