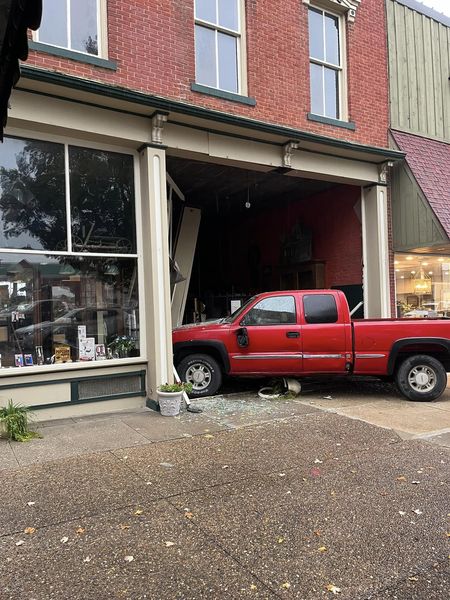 Jasper- A pickup truck did not stop and ended up crashing through Sturms Hardware in downtown Jasper.

According to the Jasper Police department, Agatha Hasenour was pulling into a parking space in front of Sturms Hardware when she continued forward over the curb into the building. Hasenour would claim she thought she had hit her brake pedal, but instead hit the accelerator.

The red 2002 GMC Sierra struck a parking sign, knocking it out of the concrete, before crashing into Sturms. It would also swipe a light pole, causing minor damage.

Hasenour did not report or complain of any injuries. No employees or customers were inside of the building at the time of the accident, as the hardware store had not opened yet.

According to a press release, Sturms Hardware suffered severe damage to front of the building and to the products inside.