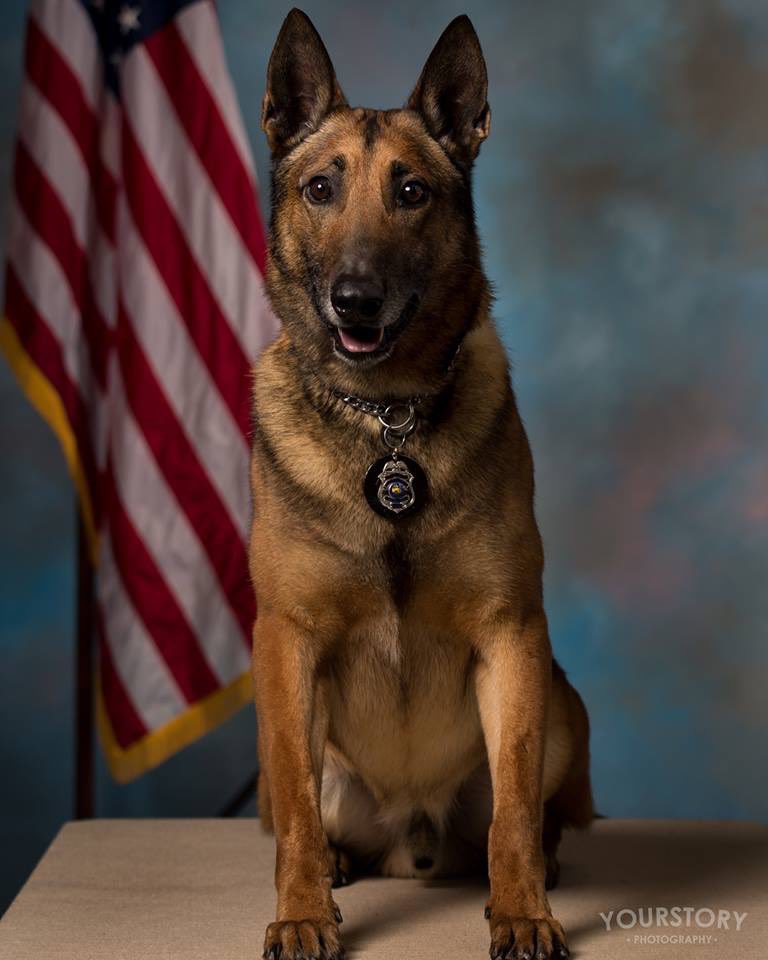 Jasper- K-9 Officer Ares was granted retirement this week by the Board of Public Works.

Officer Ares began his career with his handler, Jasper PD Sergeant Adam Bower, in 2013. Ares would serve alongside Sergeant Bower for nine years.

“I was awarded the position of K-9 handler by (Jasper PD) Chief Mike Bennett back in 2013.” Sergeant Bower recounted, “So we started doing some work and research. We found a K-9 School we liked in Michigan that Indiana State Police had also dealt with. So I spent some time up there, working with different dogs and ultimately was paired up with Ares. We started training together and that’s where it all began.”

Over their nine years together, Officer Ares and Sergeant Bower had many instances where they were called to aid or were deployed.

Ares also aided a total of 155 other agencies outside of JPD. Those include the Indiana State Police, Dubois County Sheriff’s office, ATF, DEA, and other drug task forces according to Sergeant Bower.

Now, after nine years, he is returning home to Sergeant Bower and his family.

“We’re still going to be active,” said Sergeant Bower, “We’re going to do the things he did on a day to day basis. As little as just going on a walk at the end of the day. He’s got his toys, he’s got his balls so I think he’s enjoying all of his time that he has right now.”