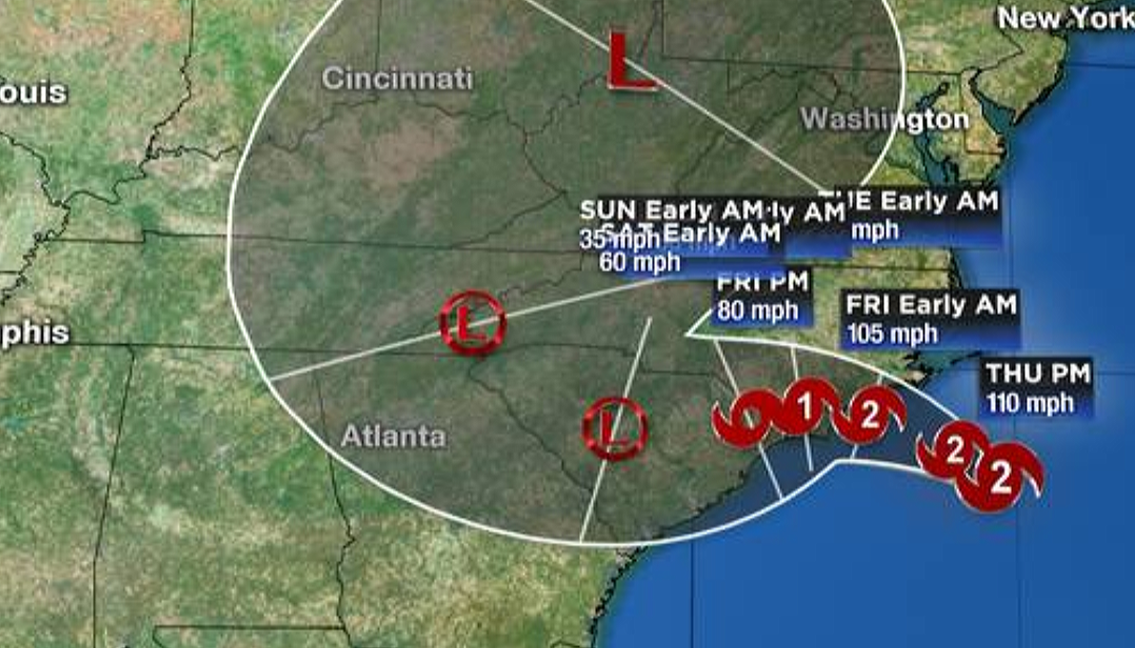 WILMINGTON -- The outer bands of Hurricane Florence arrived Thursday morning along the Carolina coastline and, while it weakened slightly overnight, it remains a massive, dangerous storm.

While the storm's approach to the Carolina coast is becoming inevitable, where Florence will go after landfall is not clear.  Current projections show the storm potentially moving to our east over eastern Kentucky, Tennessee  and Ohio, and West Virginia.

Due to the width of the massive storm, this track could bring the Dubois County area some rain, according to the National Weather Service.

"As we get into early next week, it's really hard to project exactly what effects the terrain is going to have with the Appalachian chain as far as lower levels of the storm. That's going to affect the whole structure of the hurricane itself," says meteorologist Dan McCarthy with the National Weather Service.

"It's probably not going to be until the weekend to get any really solid idea what it's going to do," says McCarthy, who says if what is left of the storm reaches Indiana, it will likely bring less rain than last weekend's remnants of Tropical Storm Gordon.