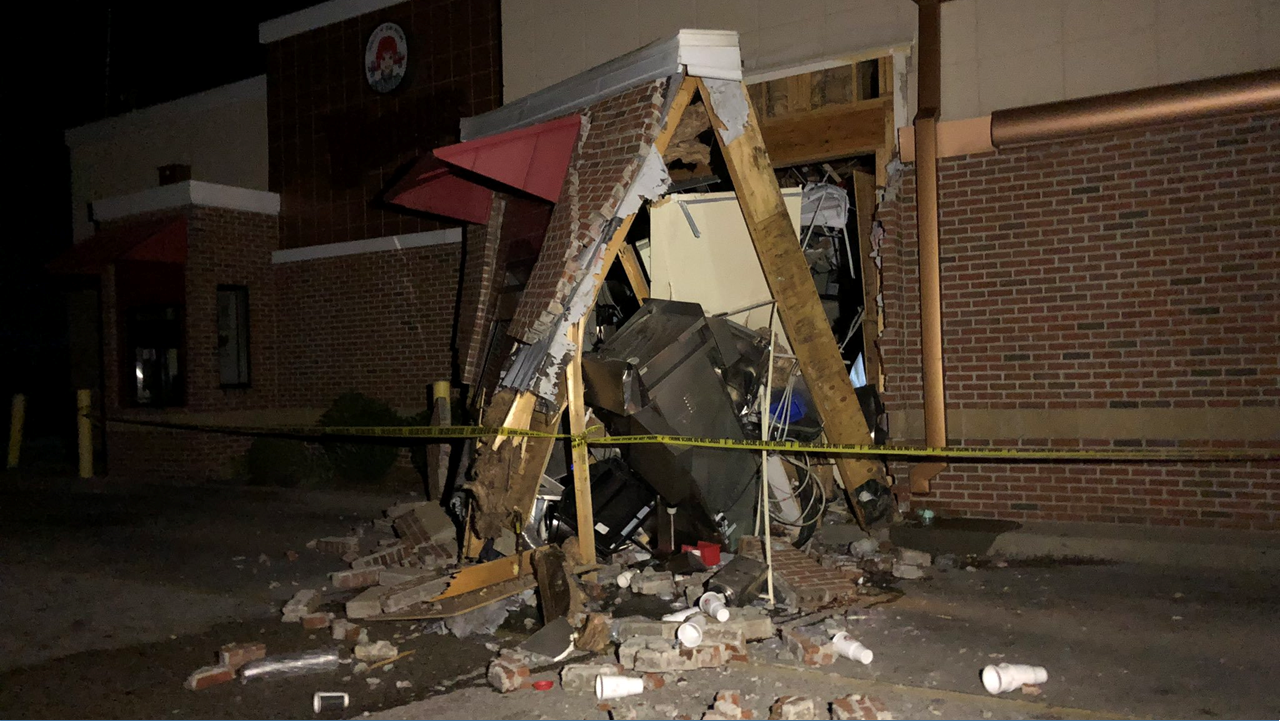 DALE -- The semi went through the Wendy’s restaurant off of I 64 in Dale Wednesday night around 10 p.m.

The trailer went completely through the building, pushing items out of the other side.  There were employees inside at the time.  No one was hurt.

The driver of the semi told police he was hooking up his trailer when the brakes failed, causing it to roll into the restaurant with quite a bit of force; nearly cutting the building in half according to crews on the scene.

“I have no idea; I would have first thought that maybe the breaks released on it and momentum took it down the hill,” a truck driver, Marc Allen, tells WFIE-TV.

The Wendy’s in Dale employs over 20 people.  They are being sent to other locations in the area while the restaurant is closed.  Managers say it could be two to six months before they are able to re-open.

Crews from Seufert Construction out of Ferdinand were on scene yesterday making minor repairs.