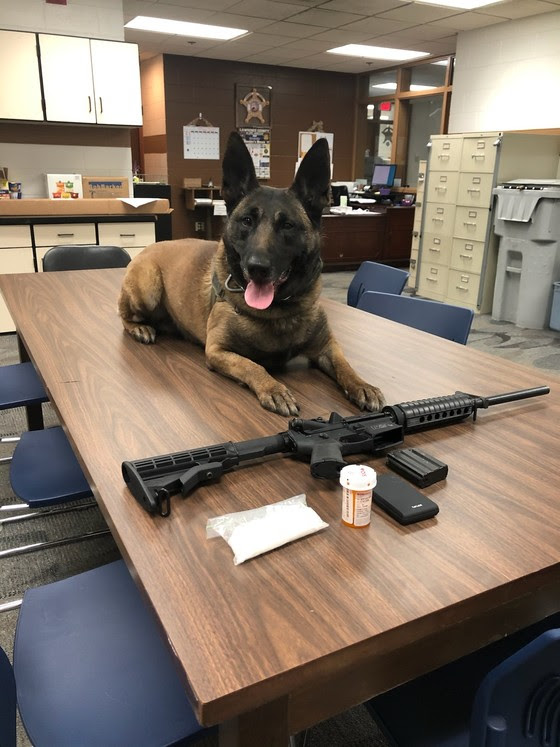 On Sunday night, the Indiana State Police Bloomington District A.C.E.S. (Aggressive Criminal Enforcement Section) conducted a traffic stop in Lawrence County that resulted in the arrest of a male and female for dealing methamphetamine. The investigation began when the Bloomington Police Department narcotics detectives received information that Dustin R. Dalton, 34 years old of Bloomington, was involved with dealing methamphetamine in Monroe and surrounding counties. The investigation revealed that Dalton was allegedly on his way to Monroe County with a large amount of methamphetamine.

A coordinated effort was put into place and around 9:30 pm when Trooper Caleb Garvin and Lawrence County Officer Michael Williams observed a Camaro occupied by Dalton westbound on SR 60 East, near Thralls Road. The officers conducted a traffic stop for a speeding violation and discovered that a female, Spring Delano, 29 years old of Bloomington, was driving the vehicle with Dalton and a young infant in the vehicle as passengers.

During the traffic stop, Officer Williams deployed his canine, Flek, who gave a positive alert on the Camaro and a subsequent search of the vehicle revealed Dalton and Delano were in possession of approximately 88 grams of methamphetamine and less than 5 grams of Fentanyl. Also, an AR-15 .223 rifle was discovered in the Camaro.

Both Dalton and Delano were arrested for the following offenses:

Anyone with illegal drug activity information is requested to call the Indiana State Police Bloomington Post at 812-332-4411, or the Lawrence County Prosecutor’s Office tip line at 812-545-4700, or send an email to [email protected]. All calls are confidential.