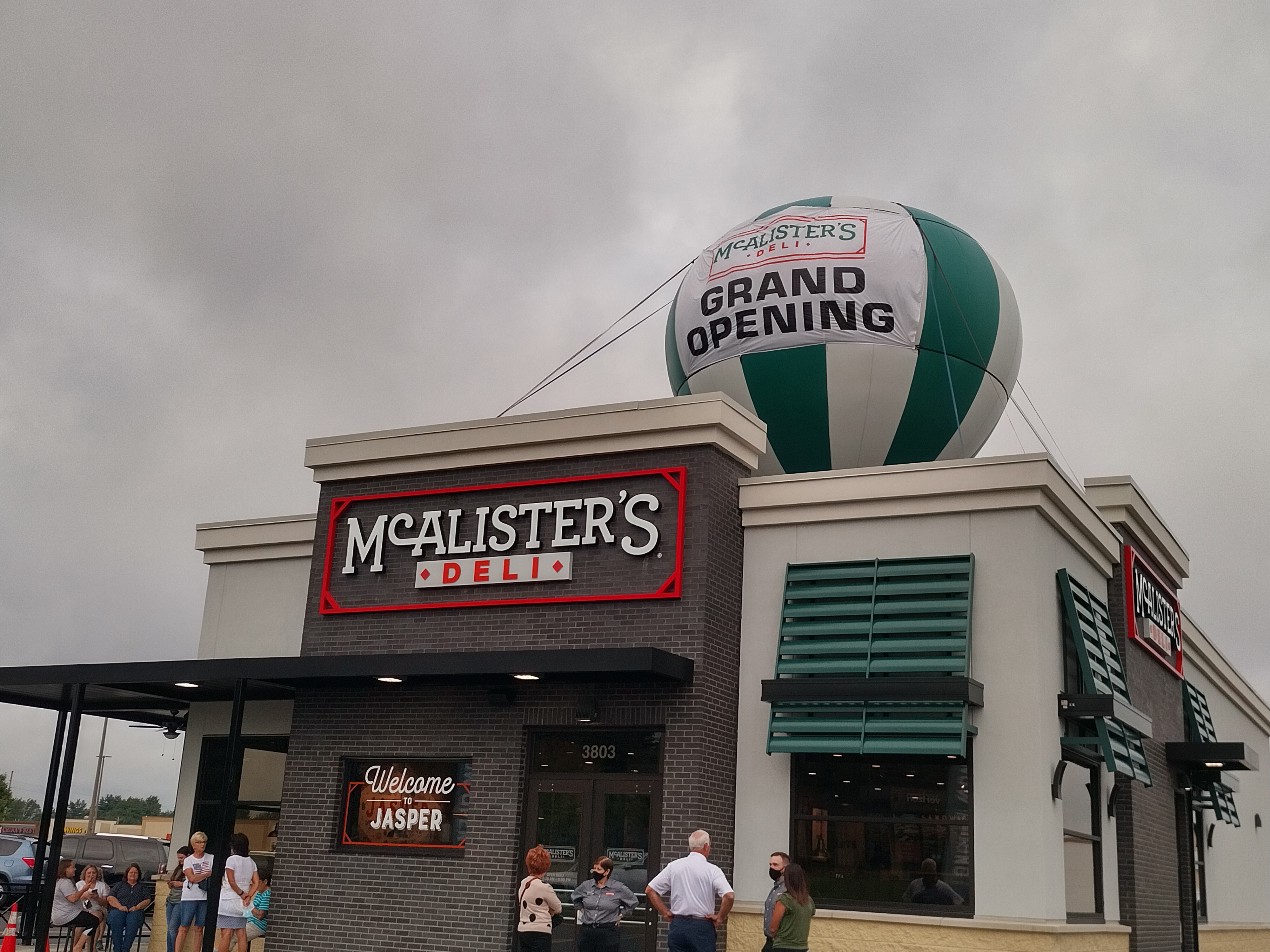 In a Grand Opening promotion, the restaurant offered up free sweet tea to the first 95 customers on opening day – nearly 100 area residents were in line bright and early to take them up on that offer. 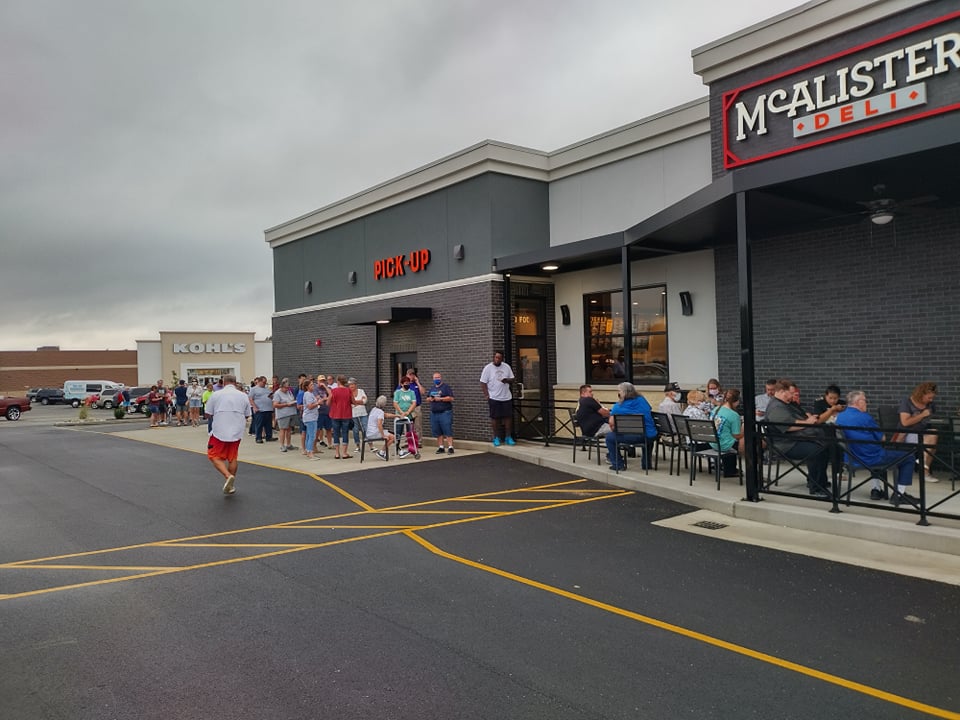 Among the first group of three customers lined up under the patio awning was Marilyn Schnauss. Beginning at 7:45 a.m., nearly three full hours before the front doors would open to customers, Marilyn and fellow customers lined the south side of the building for her favorite item on the menu – tea.

Though there is much more to the menu than tea, says President of Operations for Southern Rock Restaurants A.J. Baird.

“Not too many restaurants have their signature item be a beverage, sweet tea,” Baird said. “[We have] great sandwiches, we’ve got gigantic spuds, great sweets, for the lighter side we have great salads… Our menu is so vast that you could eat here seven days a week and get something new every day.” 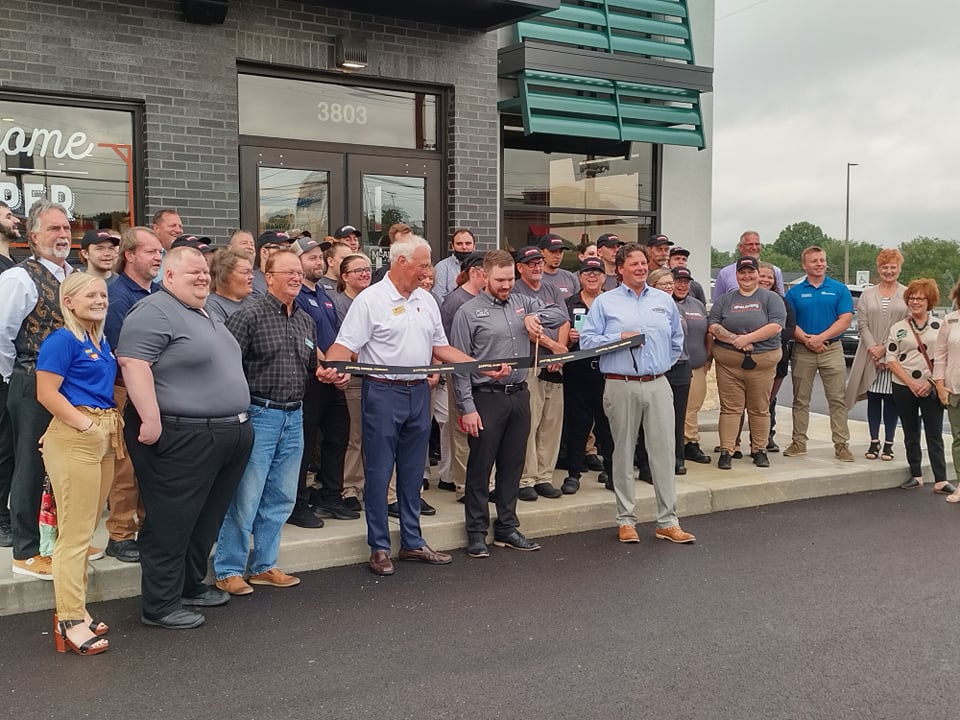 “It’s very exciting to get back to normal, although normal now means less employees,” Blackburn said. “It’s been the toughest two years of my 42-year career, the pandemic was devastating – the layoffs, the losses, the impact to the community, and the economics.

Blackburn and his team had hoped for an economic boom on the tail end of pandemic restrictions, which has come through. Though with challenges in staffing, understaffed crews facing increased demand, Southern Rock Restaurants have used incentives to bring employees back to work.

“We found offering incentives and doing some other little things out of the box mitigates, or curbs, that demand,” Blackburn added.

It has worked, Blackburn says. Three of the four management members are from the area. “Jasper”, itself, is featured prominently both inside and outside of the restaurant – on the dining room wall and on the front window.

The Jasper McAlister’s Deli is located at 3803 North Newton Street and will offer both in-person dining and drive-through service.