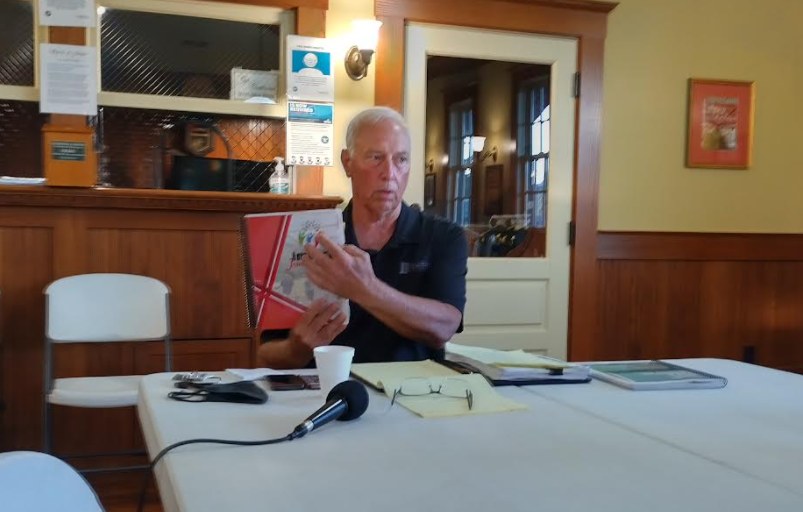 Though the plan for an indoor sports, recreation, and aquatics center is still in its infancy, Mayor Vonderheide made it clear that this will be no small task.

“This is a big project, this is going to be the biggest project that I’ve ever tackled,” Vonderheide said. “I think with that project, we’ve got look at it in phases because we may not have the finances to get it all done in the very beginning. We have to do it as finances become available.”

According to Vonderheide the planning and discovery stage is its early-goings, taking a “high-level” look, with nothing off the table. On the sports and recreation side, Jasper has heard of needs for: more Pickleball courts, an area for cheer competitions, and indoor facilities for wrestling, soccer, and baseball.

As for the pool plans, Mayor Vonderheide says it’s time for an upgrade.

“Our pool, at 65 years plus, every year we pray and we duct tape,” Vonderheide said. “But the pool needs to be updated, upgraded, replaced – and we’re not going to do it with a regular pool, we’re going to do it for the future.”

The current choice, Vonderheide says, is opting for an outdoor aquatic center which would see use for two or three months out of the year, or spending more to create an indoor center that could be used year-round.

The City is working with Hafer and Associates out of Evansville on feasibility studies.

Vonderheide also touched on the importance of the Dubois County Bicycle and Pedestrian Master Plan, which has already been adopted by several communities within the county.

“This, I think, is a very significant document for Dubois County,” Vonderheide said. “I appreciate that they have adopted that already at the county level, I think that the City of Huntingburg has adopted it, and we have adopted it. It’s all incorporated into our planning.

Possibly more importantly, the Dubois County Bicycle and Pedestrian Master Plan was privately funded. Public funds are tight, according to Vonderheide, as many have already been committed.

Many of the topics in Friday’s discussion were included in the City of Jasper’s Impact Jasper Plan, which can be viewed online.