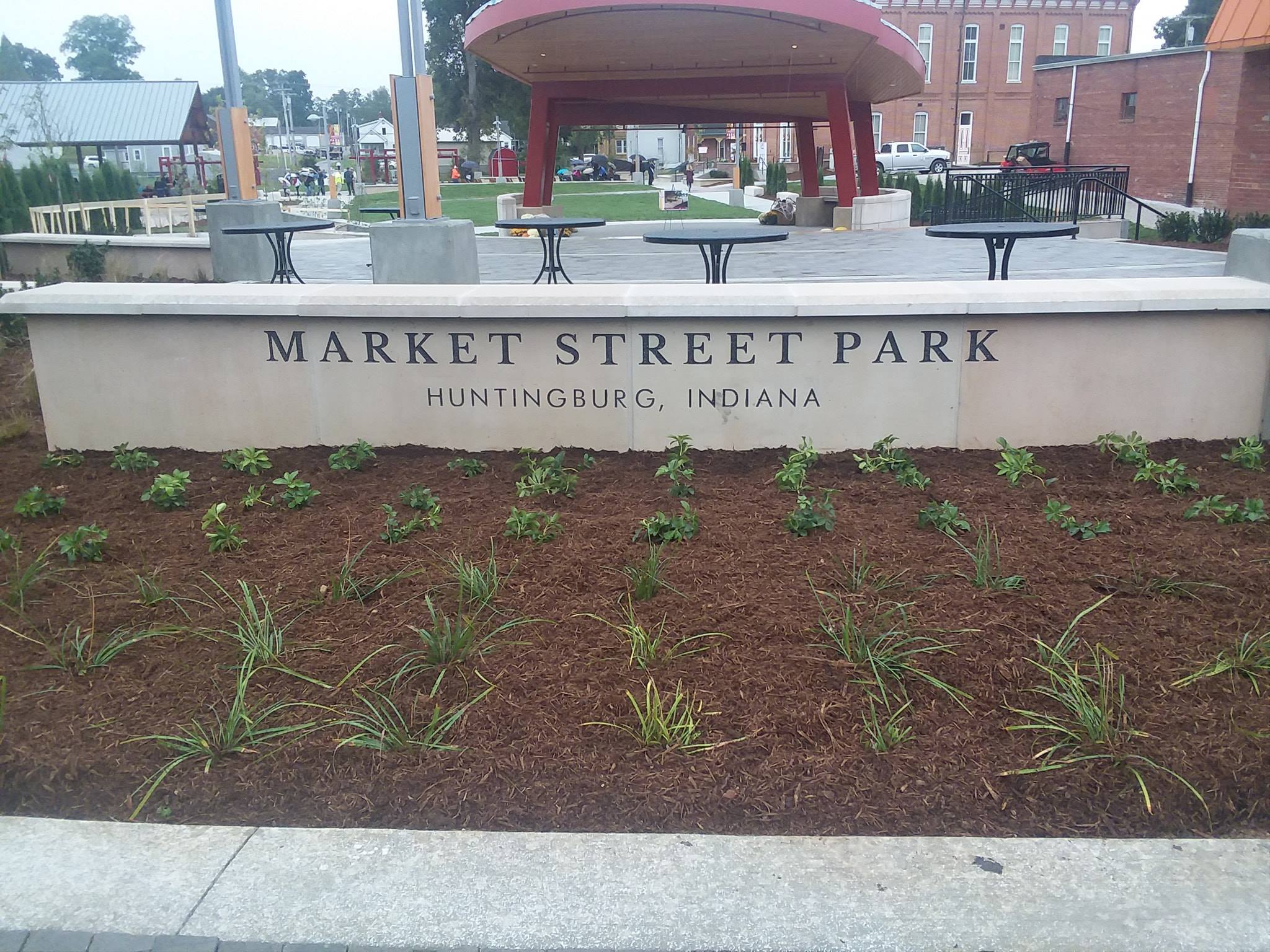 HUNTINGBURG -- Market Street Park in Huntingburg is now open for you to enjoy.

City officials like mayor Denny Spinner had long hoped to have the park ready for this weekend's Haunted Huntingburg events.  While crews were putting the finishing touches on the park late Thursday evening, everything appeared to be ready right on time.

"As I look out at this park today; this is your park... this is Huntingburg's Park," mayor Spinner said during his remarks to celebrate the park's opening.  "Everything you see, someone in Huntingburg has had input in to make it happen."